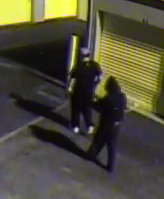 CENTER POINT –According to a report with the Jefferson County Sheriff’s Office, several storage units were burglarized in the 2600 block of Center Point Parkway on May 31st, 2016.

Jefferson County detectives said the two suspects and vehicle captured in these surveillance video photos were on the premises at approximately 2 a.m. on the date of occurrence. Detectives describe the vehicle as a silver Chevrolet Suburban or GMC Tahoe with an Auburn tag on the front, rear windows broken out, and plastic over the window frames. 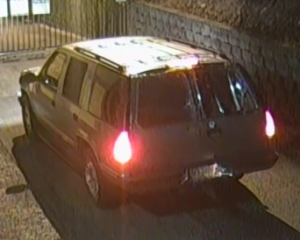 Detectives with the Jefferson County Sheriff’s Office believe that both suspects in these photos participated in these burglaries, and utilized the pictured vehicle.

If you recognize these persons, this vehicle, or know anything about these crimes, please contact Crime Stoppers of Metro Alabama at 254-7777.