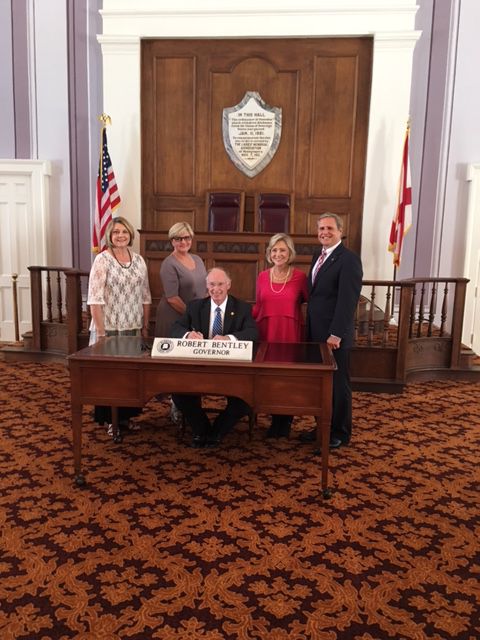 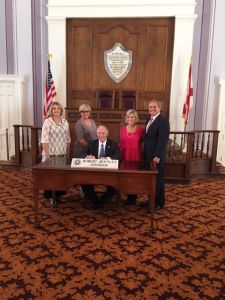 The bill, called “The Ricky Morgan Act,” passed in the last session, and imposes restrictions on dump trucks and improves public safety on all roads and highways in Alabama, according to Garrett.

“I was grateful that Barbara Morgan, Ricky’s widow, was able to witness Governor Bentley signing the bill,” said Garret.

The bill prohibits a dump truck from operating on any highway, road or street in Alabama with the bed of the truck in the up position, and also provides penalties.

According to the bill, a violation of this new law is a Class C misdemeanor on first offense, and any subsequent offense is a Class B misdemeanor. Any law enforcement officer, who will issue a citation on the scene at the time of the offense, can enforce the law.