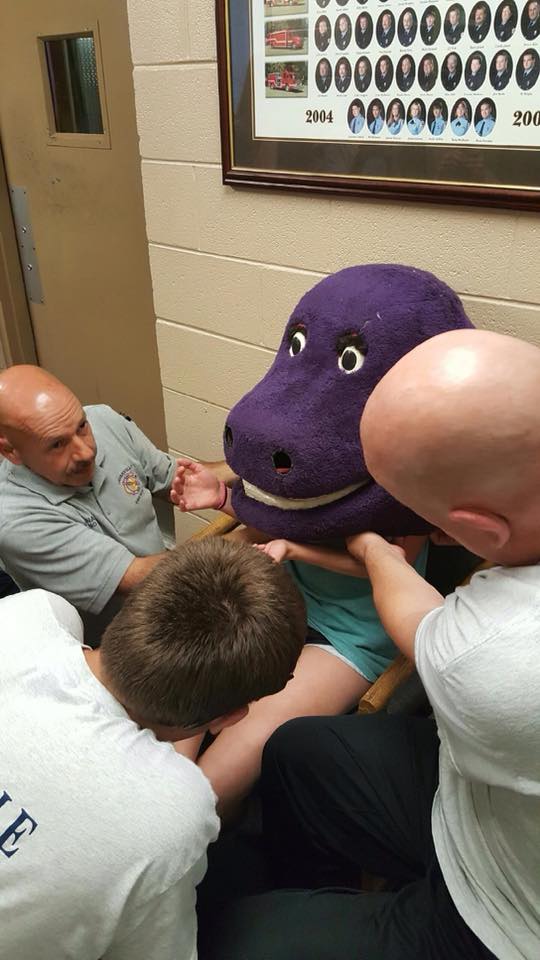 TRUSSVILLE – Most teenagers dream of fame in the form of a modeling, musical or acting career, but one Trussville teenager has been thrust into the national spotlight for a very unlikely reason. 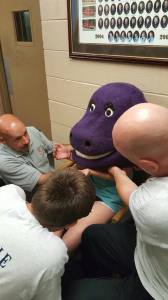 Darby Risner, 15, was trapped in a Barney head for 45 minutes and had to be extracted by the Trussville Fire Department. Now, Rinser’s story has not only made her famous in the state of Alabama, but nationwide, with the story being picked up by many national news outlets.

Trussville Fire Lt. Vince Bruno said they had to eventually make some release cuts in the back of the head to remove the Barney head from Risner.