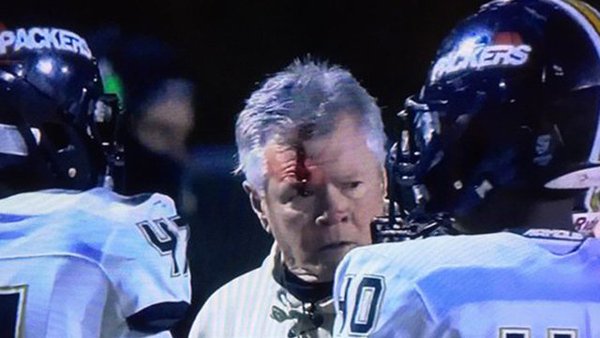 Former Hoover High football coach Rush Propst has been suspended for a year by the Georgia Professional Standards Commission after head-butting a player during last season’s state semifinals.

The Moultrie (Ga.) Observer reported that Propst received a letter for the Georgia Professional Standards Commission that informed him of a one-year 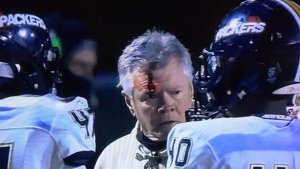 suspension for his conduct in the Class AAAAAA semifinal game with Mill Creek. He head-butted one of his Colquitt players, bloodying his own head in the process.

The game was broadcast live by GPB, which replayed the incident and the ensuing medical treatment of Propst’s head. He wasn’t disciplined by Colquitt County or the Georgia High School Association for the incident at Mill Creek.

Propst told the Moultrie newspaper that he has appealed the decision, allowing him to continue preparing the Packers to defend their AAAAAA state championship. He declined comment on the case, as did the GPSC.

The Georgia Professional Standards Commission was created by the Georgia General Assembly in 1991 to assume full responsibility for the preparation, certification, and professional conduct of certified personnel employed in the Georgia public schools.

Propst is best known in this state for his time at Hoover High, where he coached for nine years, winning 110 games and five state championships.