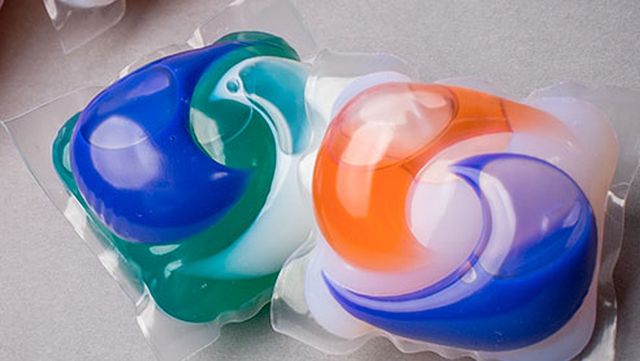 Laundry pod detergents are far more likely to cause poisoning injuries in young children than are nonpod laundry detergents, and are four times more likely to lead to hospitalization, according to findings published this month from researchers at the University of Alabama at Birmingham.

The study, published in Injury Prevention, estimates there were almost 36,000 cases of injury due to all types of laundry detergent in U.S. emergency departments between 2012 and 2014. 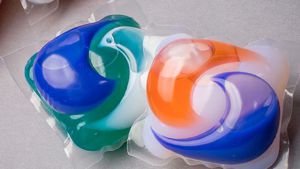 The research team examined hospital emergency department records from the National Electronic Injury Surveillance System, a database managed by the Consumer Product Safety Commission. There were an estimated 26,062 cases of nonpod detergent injuries seen in U.S. emergency departments, mostly cases of contact dermatitis or skin rashes. Pod detergents were responsible for an estimated 9,814 cases. Of those,71 percent were classified as poisoning, and 94 percent of all injuries were in children 5 years old or younger.

“The results of the current study suggest that pod-related exposures were more likely to result in hospitalization of the child, which is a marker of injury severity, and disproportionally affect children age 5 and younger,” said Thomas Swain, a research assistant in the UAB Center for Injury Sciences and the first author of the study. “The high proportion of adolescents affected by both product types highlights the importance of product safety for both categories. Although the exact cause of more severe reactions in exposed youth requiring hospitalization is unknown, many postulate the higher concentration of pod detergent may be a significant factor.”

Pods were first marketed in the United States in 2011 after being sold in Europe since 2001. Pods contain highly concentrated detergent encapsulated in a water-soluble membrane, and are designed to be used in washing machines. The capsule is made of polyvinyl alcohol, and the detergent varies with a blend of anionic detergents, nonionic detergents, propylene glycol and ethanol.

Swain and colleagues in the Center for Injury Science in the UAB School of Medicine, Department of Surgery, Division of Acute Care Surgery, say the current study is the first to compare injury rates between pod and nonpod detergents through analysis of emergency department visits, so it more accurately describes the increased risk of severe injury in the form of poisoning than does previous research.

“It is telling that the vast majority of pod-related emergency visits were in very young children, and most were classified as cases of poisoning,” said Gerald McGwin, Ph.D., associate director of the CIS and vice chair of the Department of Epidemiology in the School of Public Health. “Intriguingly, cases of eye injury were greater for pod detergents over nonpod products. The bottom line is that something as innocuous as doing the laundry can pose a significant danger, especially to small children.”

Swain, along with co-authors McGwin and Russell Griffin, Ph.D., assistant professor of epidemiology, refers to product safety organizations that suggest the colorful nature and small size of pod detergents make them enticing to children, who may mistake them for candy.

“A greater effort should be made to appropriately educate the public about the dangers of laundry detergents, specifically pods, so a safe home environment can be established,” Swain said. “While new regulations such as childproof containers, opaque packaging, and less appealing and colorful pods could reduce the number of pod-related emergency department visits for children, caregivers should store detergents, along with other chemicals, in a secure location where children cannot easily access them.”