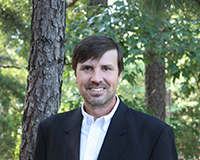 Cole is a 1990 graduate of Hewitt-Trussville High School, and said of his 44 years of life thus far, he’s only lived outside of Trussville for one year.

According to the Take Back Trussville website, it is a non-partisan movement dedicated to the future success of Trussville, with the goal of making sure Trussville is strategically developed to ensure future generations choose to raise their children in the city.

“The politics and leadership of Trussville have been so separated, so far from the people, and there’s no way I can have a voice,” said Cole. “I’m giving people a voice that sometimes feel like they may not have a voice, because they’re scrapping to live here.”

Cole said he is concerned that there are people who’ve lived in Trussville for a decade or more, or sent their children to Trussville schools and never registered to vote because they didn’t feel like they could affect change. Cole said he felt that it was time to do something, rather than complaining about it.

“When you grow up somewhere you kind of romanticize it,” Cole said. “I grew up playing baseball at the old baseball park, swimming in the Cahaba River, riding my bike, and everything has been ripped up. You have to have blinders on not to think that there’s not certain reasons behind it, certain motivations besides the people of Trussville.”

Cole said that all of the places he’s grown up with are slowly but surely gone, and he wants something left behind for his children, and that although Trussville needs the tax dollars that come from bigger businesses, “we don’t need another chain restaurant.”

“I represent the people of Trussville, so I won’t endorse any single candidate because my whole platform is a grassroots effort for change, voter registration, new leadership with a vision and a thriving downtown area with entrepreneurs in mind,” Cole said.

Cole said he wants to drive towards Trussville-owned businesses, in order to cater to the entrepreneurial minds of the city.

“There’s tons of people who want to open businesses here, but how can you compete when you’ve got every big box next to you?” Cole said.

Cole said that while the PAC won’t endorse any single candidate, they are for a new mayor.

“My thing is change, we have an election where there are viable candidates,” Cole said. “I’m not pro any candidate, I’m pro change.”