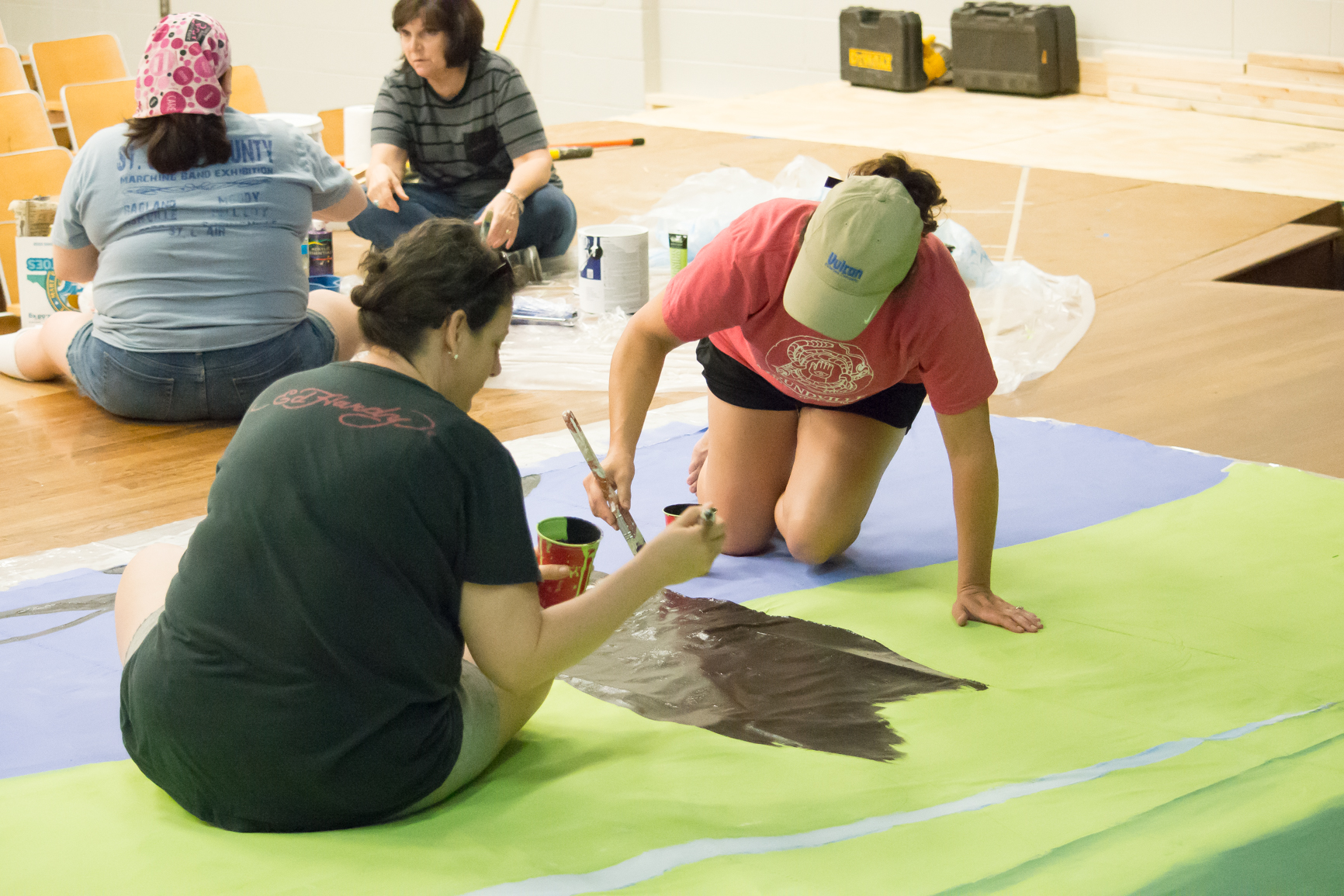 SPRINGVILLE – The Springville Community Theater is celebrating 40 years this year by putting on a production of Marry Poppins.

Over the years, the group has produced such notable shows as “Oklahoma!”, “Music Man”, “Seven Brides for Seven Brothers”, “Peter Pan”, “The Wizard of Oz”, “The King and I”, “The Sound of Music”, “Annie Get Your Gun”, “Beauty and the Beast”, five original musicals, and now “Mary Poppins.” 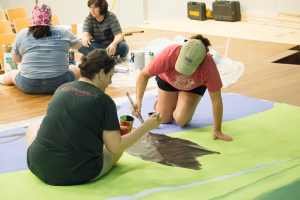 For the past six weeks, cast and crew have been working to bring London, England to St. Clair County. Artists Merle Dollar and Garry Burttram, along with a crew of 15 people, created a 33′ x 14′ painting of the rooftops of London, which will be the centerpiece in the story. Costumes were designed by Milicent Yeager, along with cast members, moms and dads. Set designers and builders Kyle Franklin, Caleb Davis, Scott Crumpton, Mac Morgan, Jack Crumpton, Ken Xydias, Bill Fuqua, Wendy Killingsworth and a host of helpers have created extensions to the existing stage to accommodate the 80+ cast members in the show, complete with a two story nursery to allow cast members to look out over London from the rooftop.  Choreographers Shalita Clark and Jessica Lloyd and pianist Karen Krekelberg have been hard at work preparing the cast for the many musical numbers that are the main calling card of the famous show.

“Mary Poppins” promises to be the most challenging and rewarding technical experience to date for the Springville Community Theater. One of the main attractions is the flying apparatus that will hoist Mary and Bert above the stage.  Pat Bosworth is heading up the rigging for this special effect in conjunction with On the Fly Productions, a theatrical flying company from Indianapolis, Indiana.