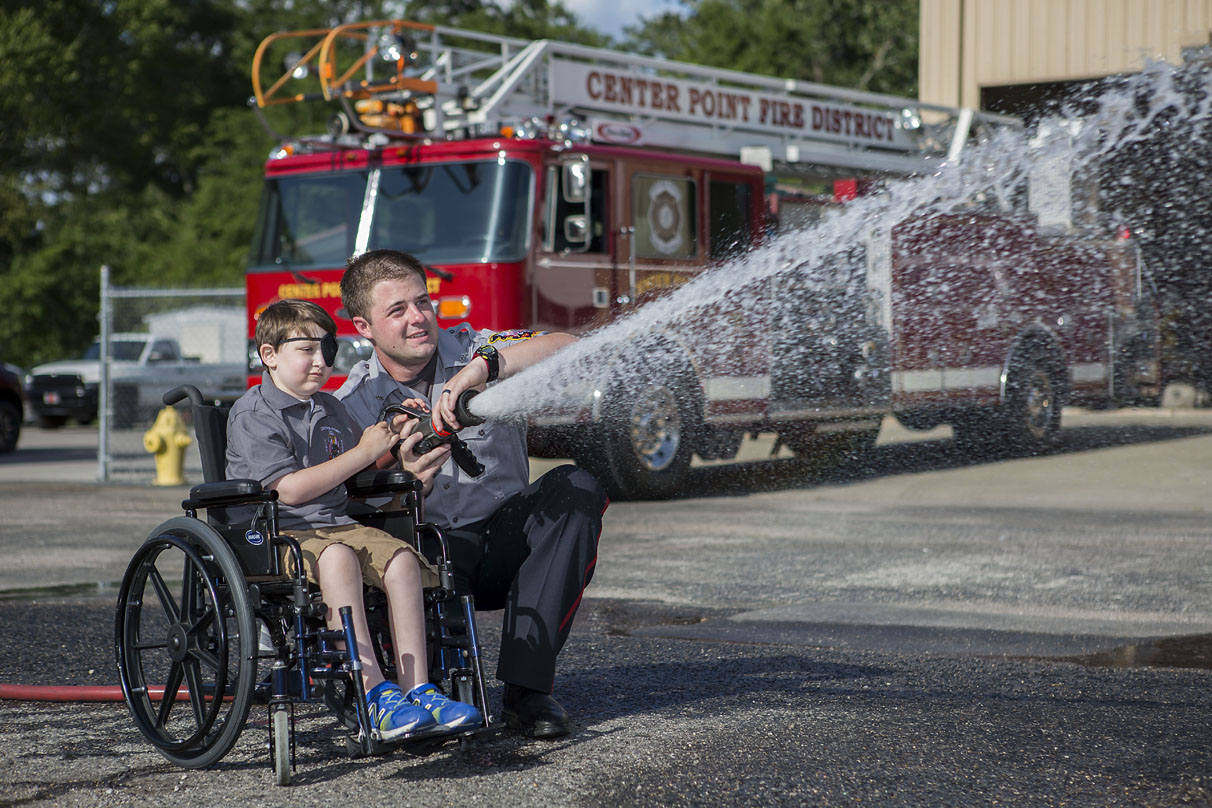 CENTER POINT – Connor Wilson, age 6, has been fighting an uphill battle with anaplastic ependymoma, a type of cancer, since he was 18-months-old.

When Wilson first fell ill, his family took him to Children’s Hospital, thinking it was a virus. After further testing, it was discovered that Wilson had a brain tumor close to his brain stem.

Surgery was performed to remove the tumor, followed by 30 radiation treatments and an MRI to ensure the cancer wasn’t continuing to grow. Wilson had an MRI every three months for the first two years following his surgery, then the frequency was lowered to every four months. 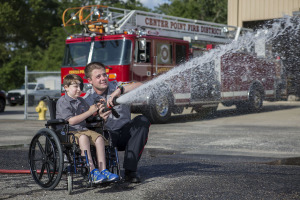 At the three-year mark, a routine MRI showed Wilson had another tumor in the same location, and the same course of action, surgery followed by 30 rounds of radiation, was taken once again. Wilson’s first MRI at the three-month mark was clear, but the one after, his most recent, showed multiple tumors in his brain and down his spine, and Wilson’s family heard the news that Connor’s condition was inoperable.

Six months ago Wilson wanted to go meet the firefighters at the Center Point Fire Department, and when Wilson’s family found out he had between two weeks to two months to live, Center Point Fire Station 1 knew they needed to do something special.

“When they did this for him last year it thrilled him, he talked about it for months and months,” Karen Hodges, one of Wilson’s grandmothers, said. “It thrills me to see him so happy. We’re very appreciative of the opportunities he’s getting.”

On a hot Monday afternoon, Connor arrived with his family in tow, knowing he was going to visit with the firefighters, but not knowing just how special they would make his day.

When Wilson arrived, he was given a Center Point Fire Department shirt, with the official insignia patch on one side and “Junior Firefighter Connor Willson” on the other.

Once dressed in his new uniform, firemen took Wilson outside, allowing him to spray the firehouse and even get on a fire truck, using the controls to extend the 75-foot ladder all the way to the top.

Afterward everyone piled inside for the monthly Center Point Fire Department meeting, where after official business was handled, Wilson was officially inducted a Center Point Firefighter, and declared honorary firefighter of the year.

Chief Brad Appleton welcomed all of the attendees, thanking Chief West for allowing the day to be made all about Connor.

“Connor came 6-8 months ago, and we were glad to have him back,” Appleton said.

Wilson went home with loads of goodies, from an Alabama Fire College throw blanket, to a hat, snacks, coloring books, toys and a keepsake box, complete with fire chief coins and a badge. The reception concluded with cake and refreshments, in celebration of Center Point Fire’s newest member.

Although Wilson’s days are numbered, Hodges said she and the rest of the family are doing their best to make them special.

“This is kind of a way of life for him, he doesn’t know anything else,” Hodges said. “We’re trying to make everything count and do everything he wants to do.”

Hodges said Wilson admires public servants, so the family is also lining up an opportunity for him to spend some time with Alabama State Troopers later this week, as well as a special trip to the Birmingham Zoo.