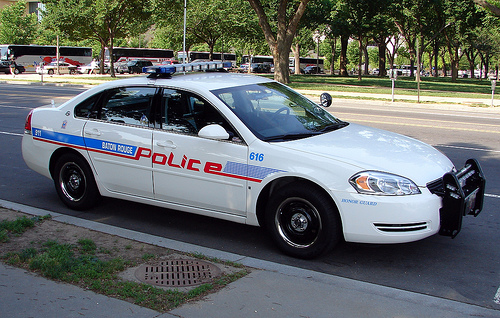 BATON ROUGE, LA. –Update: The Baton Rouge Advocate confirmed seven officers have been shot and three are dead. One suspect was shot and killed while two are believed to be at-large.

The Advocate reported “the incident began about 8:45 a.m. on police dispatch radio, an officer makes a report about a ‘lady who came up and said there was a suspect walking with a (unintelligible) and an assault rifle out here behind the store.’ Two minutes later, there were frantic calls for help.”

Update: CNN is reporting as many as seven officers may have been injured and as many as three may be dead.

Update: East Baton Rouge Parish Sheriff’s Office deputies may have also been among those shot, according to the Baton Rouge Advocate.

According to media reports, Baton Rouge police, sheriff’s deputies, Louisiana State Troopers and Louisiana State University police officers are all on the scene at this time.

The officers were fired on at approximately 9 a.m. on Sunday morning. The condition of the officers is unknown at this time. 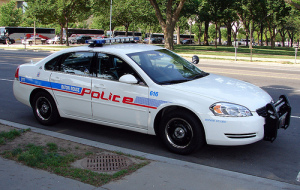 The shooting occurred along Airline Highway near Old Hammond Highway, police said. The road has been shut down as a massive manhunt is underway for the shooters.

Baton Rouge has been the scene of ongoing police protest since the shooting on Alton Sterling.

This is a breaking story and will continue to be updated as more information becomes available.