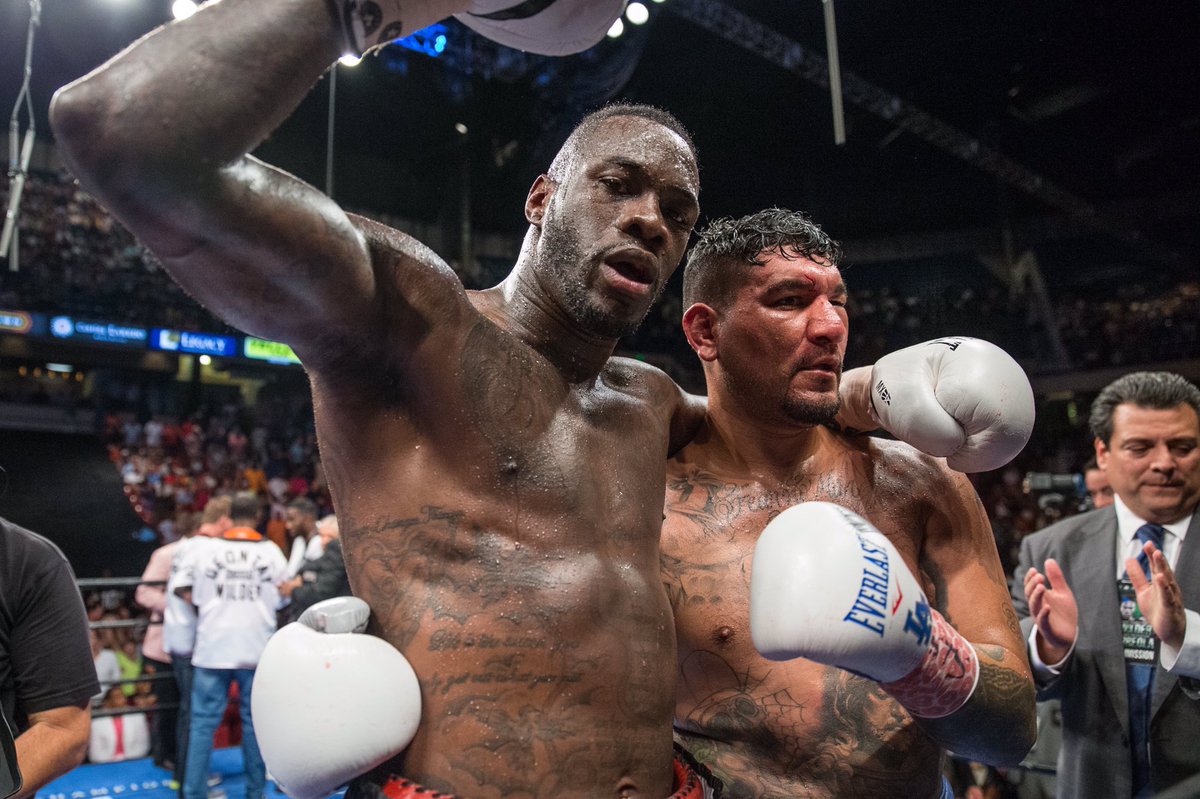 Wilder gets a TKO, but needs two surgeries

BIRMINGHAM – World Boxing Council heavyweight champion Deontay Wilder got a knockout, but there’s a good reason he didn’t put Chris Arreola down completely in Saturday night’s bout at Legacy Arena at the BJCC.

The WBC heavyweight champ from Tuscaloosa retained his title with a technical knockout when Arreola trainer Henry Ramirez stopped the mismatch following the eighth round. Arreola received a battering to that point and was nearly knocked out in the fourth. 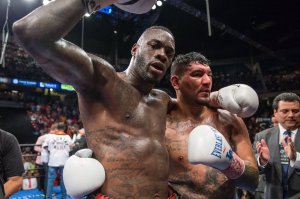 Wilder (37-0, 36 KOs) likely would have closed the show in the fifth, but he suddenly stopped throwing his powerful right punch. That’s because, Wilder said immediately after the match, he broke his right hand and also tore his right biceps.

The hand was surgically repaired in 2009 and then broken again during his January 2015 title-winning effort against Bermane Stiverne.

Sunday, Wilder’s co-manager/trainer confirmed what the boxer believed to be true.

“They’re still … assessing the situation, but it looks like he’ll have two surgeries,” said Jay Deas. “One surgery on his hand and one on his bicep. The hand surgery will probably be first.”

The injuries could keep him out of action for the rest of this year.

The surgery to repair the broken right hand will likely occur “within 24 hours” in Birmingham Deas told the Tuscaloosa News on Sunday. The surgery to his biceps muscle will be scheduled after the first surgery.

Wilder grimaced in pain as his glove was being cut off during his post-bout ring interview on FOX, which televised the match.

Even without his prodigious money punch, the champ inflicted more damage to Arreola (36-5-1, 31 KOs) exclusively with his left hand, an impressive display of guts from a man who has faced little adversity in the ring. Arreola’s left eye was completely swollen shut, and a gruesome cut over his right eye required seven stitches.

The mismatch Saturday before almost 12,000 fans came about after Wilder’s May 21 date against Alexander Povetkin fell through. Wilder was preparing to battle the former champ in Moscow — the biggest fight of his blossoming career — when the match-up was called off five days in advance after Povetkin tested positive for the performance-enhancing substance Meldonium.