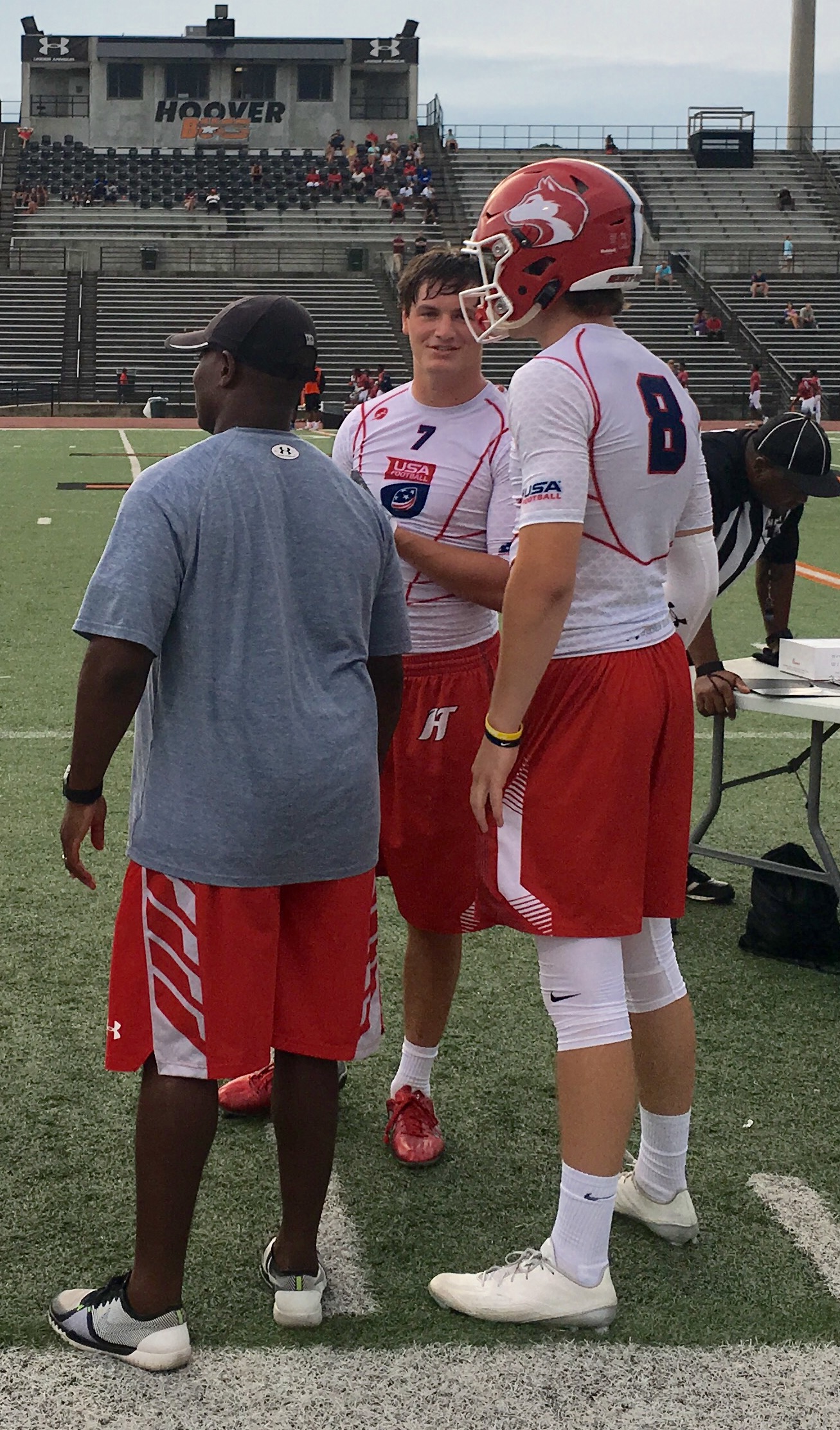 HOOVER – There wasn’t much not to like about Hewitt-Trussville’s performance in the USA Football 7on7 National Championship tournament last week.

No, the Huskies didn’t win the national championship. But an impressive performance, rolling through pool play with a 5-1 mark – losing only to national runner-up Park Crossing – and being eliminated by Hoover by a single point in double overtime, leaves one wondering if this team isn’t ready to take a major step when fall rolls around.

And they did so without standout Noah Igbinoghene, who was off winning the triple jump at the AAU Nationals.

You can poo-poo 7on7 as glorified touch football. You’d be wrong. Helmets flying off. Coaches, referees, and opposing players jaw jacking all three days.

Gadsden City was sent home after players left the bench during an altercation. Coaches in other games were hit with unsportsmanlike conduct penalties.

McGill-Toolen coach Caleb Ross was ejected from the title game for berating an official with a minute left. And his team won the darn game.

The 48 teams from as far away as Pennsylvania and Oklahoma didn’t come to play patty cake. And let’s remember the 7on7 national championship has existed since before some of these players were born. Daphne took the first championship in 2001.

So it’s serious competition. And no team took it more seriously than Hewitt-Trussville.

“I’m proud of our kids,” said coach Josh Floyd. “They gave great effort the whole weekend. I’m excited about how we played.

“And we were without Noah. But that also gave other guys more reps. We got better this weekend, we improved.” 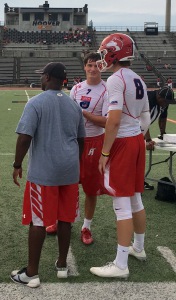 Quarterback Connor Adair was very effective in finding the open receivers throughout the bracket play. He earned mention as a top tournament performer. His receivers all had good days, and Elliott McElwain made some good catches out of the backfield. Defensive backs T.J. Alexander and Trevor Sisk were among many who made big plays.

Hewitt began bracket play by topping Glendale, Mo., 20-18 and then pulled out a big win over Warren Easton, La., 45-39. Trailing 33-30 late, the Huskies’ Alexander picked off a pass for three points to send the game into overtime. The fired-up Huskies then knocked off the New Orleans squad, which won the 2014 national championship, in OT.

The Huskies took their first bracket loss to Brandon, Miss., 24-15, and then faced off against host Hoover, the No. 2 seed, in an elimination game.

Hewitt jumped out to an 11-0 lead, keyed by two defensive stops. A third defensive stop pushed the lead out to 13-2. Hoover rallied to tie the game at 13 with 3:45 to play, and took the lead on a long TD pass with 1:30 to go. But Adair rallied the offense and with just 8 seconds left, he hooked up with Logan Pitts to tie the game at 19. The conversion failed, and the game went to overtime.

Hoover went on offense first and scored and converted a one-point PAT. Hewitt answered, scoring on its final down, to pull within one point.

Floyd decided to win it then and there, going for two points. Grayson Cash got open, and Adair delivered the throw. Cash got his hands on it but couldn’t hold on as he went down to the turf. The Bucs survived, 34-33, but everyone in attendance knew the Huskies had done enough to win the contest.