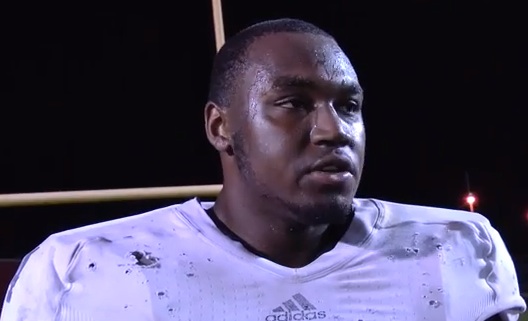 Quatavius Barber, along with Cougar teammate Nick Battle, were starters for the North All-Stars in the 57th AHSAA North-South All-Star football game.

MONTGOMERY — Local high school athletes competed with others from across the state at the 20th annual Alabama High School Athletic Association Summer Conference and All-Star Sports competition held in Montgomery.

The football game Thursday night at Cramton Bowl was for graduated seniors only. All the others were for rising seniors.

The North posted two first-quarter touchdowns to build a 14-0 lead in the 57th AHSAA North-South All-Star football game, and that was enough because the skies opened up. Lightning and heavy rains forced the game to be called at 8:16 of the second quarter with the North still holding that two-touchdown lead. 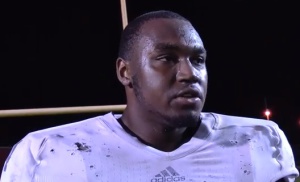 Quatavius Barber, along with Cougar teammate Nick Battle, were starters for the North All-Stars in the 57th AHSAA North-South All-Star football game.

Quarterback Zach Cupps of Gardendale was 5-of-6 passing for 96 yards and a 51-yard touchdown pass to Sheffield wide receiver Aaron Pride to earn MVP honors for the North. The score came at 5:19 of the first quarter and just 3 ½ minutes after Minor’s David Mitchell’s 14-yard TD run. Morgan Coston of Leeds kicked both extra points. Clay-Chalkville’s Battle and Barber each started for the North. Battle made a tackle on the opening kickoff and Barber had a quarterback pressure.

In the volleyball contest, the South slipped by the North 25-17, 25-16, 25-18 to win the match at Auburn-Montgomery University Gymnasium Thursday afternoon. The North still holds a 13-6 edge in the series dating back to 1997.

In the baseball doubleheader, North pitchers, including Hewitt’s Furr, pitched their team to a 2-0, 13-2 sweep at Riverwalk Stadium in the 20th all-star baseball meeting.

Four pitchers combined to hurl a one-hitter in the first game and squad’s bats came alive in the second game to pound out 14 hits in the second.

Gardendale infielder Manning Early stroked a triple in the opening win and had a single and three RBIs in the nightcap to claim MVP honors for the North. The winners improved their series record to 20-11-1 with the sweep.

The North took a 4-0 lead in the game two after two innings and added four more runs in the fourth to build a commanding 8-0 lead before the South finally its first hit of the second game. North pitchers held the South batters hitless for 7.1 innings over both games. Winning pitcher Cade Lemons of Vestavia Hills pitched two hitless while striking out two to get the win. Furr tossed two innings in the very ballpark he pitched the Huskies to the Class 7A championship in the spring, allowing an unearned run on two hits while striking out three and walking one.

In the softball doubleheader, the North pounded 19 hits in two to sweep the 20th competition 12-4 and 4-1. Cole of Pinson Valley was 1-for-2 with a double and a run batted in in the opener and was 2-for-2 with two RBIs in the nightcap. Her strong performance helped the North improve to 24-9-3 in the series.