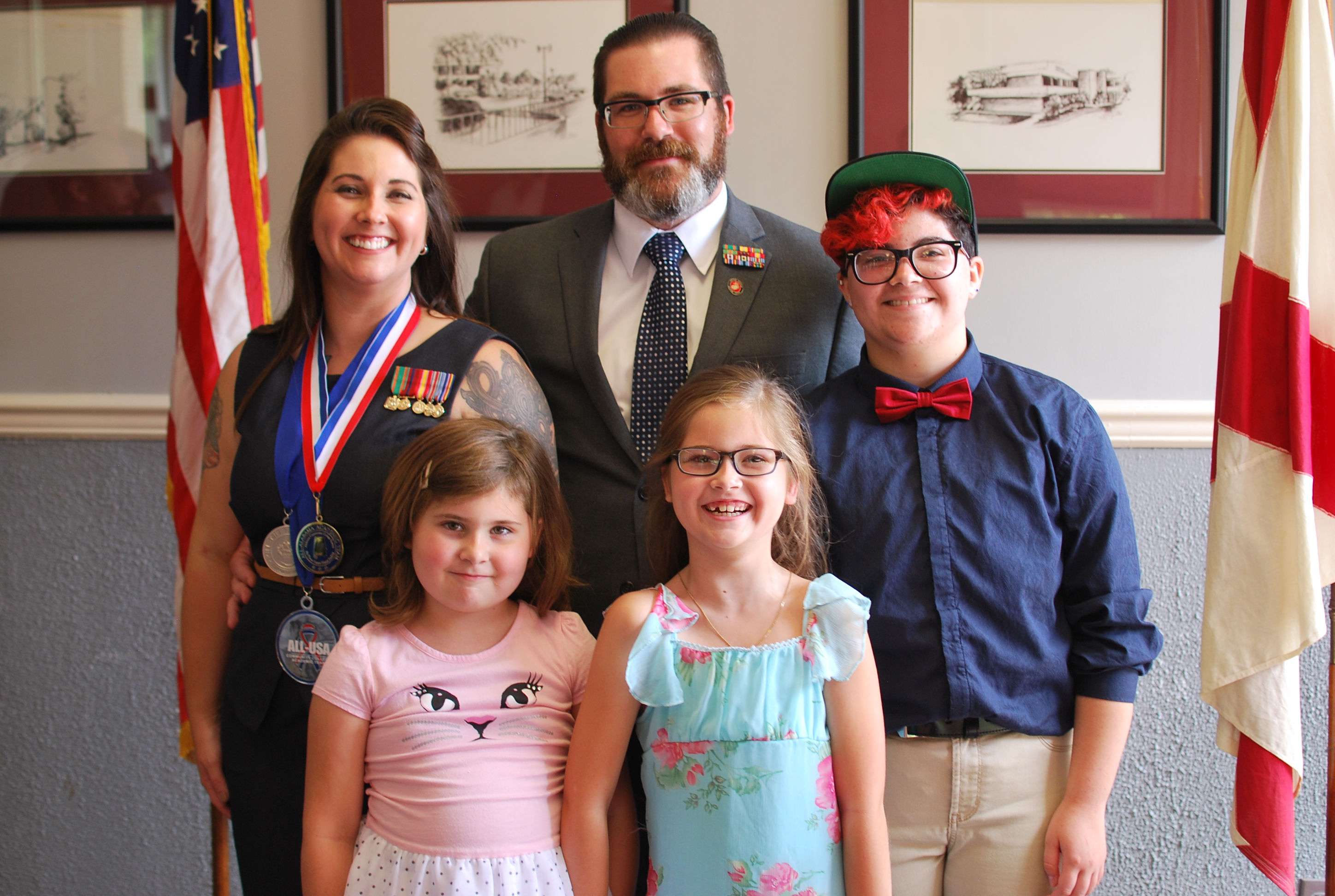 TRUSSVILLE — Jefferson State Community College honored Trussville resident Erin Georgia for her exceptional academic achievements at a reception on Wednesday, July 20. Georgia was recently named one of the top 20 community college students in the U.S. She also recently became a member of the 2016 U.S.A. Today Community College All-Academic Team.

The reception was held on the first floor of the Fitzgerald Student Center at Jefferson State’s campus. Georgia was presented with a commendation letter from Gov. Robert Bentley and resolutions from the Alabama State Senate and House of Representatives. Members of the Alabama Community College System Board of Trustees and Chancellor Mark Heinrich were also invited to attend. 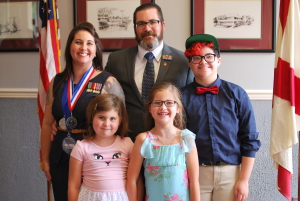 Georgia, who previously served in the U.S. Marine Corps., has maintained a 4.0 GPA as a wife and mother of three children. She plans to begin at Samford University in the fall, complete her bachelor’s degree in organizational leadership, and will eventually earn a master’s of divinity degree.

“I would not have received this honor without Jefferson State,” Georgia said. “I served in the Marines and was out of school for 15 years.”

Georgia is the first Jefferson State student to be selected as a U.S.A. Today Community College All-Academic Team member within the past 24 years. Keith Brown, who was selected in 1992, now serves as the Interim President of Jefferson State.

Georgia was also named Alabama’s Coca-Cola New Century Scholar, which is a program that awards a scholarship to a student from each state with the highest Community College All-Academic Team application score.

“I needed the personal support that Jefferson State provides. My instructors cared about me and they encouraged me to reach my goals,” Georgia said.