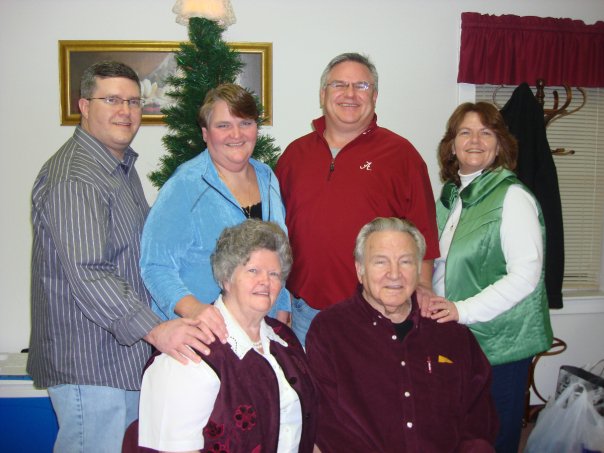 TRUSSVILLE – Joe Hocutt Sr. may have acquired a great number of accolades throughout his career, but those that knew him were quick to associate the word greatness with Hocutt.

The late Hocutt and his wife, Betty, moved to Trussville in 1963, and have called it home ever since.

“They chose to make Trussville home, and that was the place he wanted to grow his roots, both deep and broad,” said Hocutt’s son, Joe Hocutt Jr.

Hocutt Sr. was a man of the community, serving as a postman for more than 30 years, a volunteer firefighter and EMT for more than 25 years, serving on the Trussville Auxiliary Police Department, mayor pro tem and a city councilor.

Although Hocutt Sr. made a career of being a public servant, he also had a love for serving the community. Hocutt Sr. was active in Riverview Baptist Church, which is now First Baptist Church Trussville, and also coached football, baseball and basketball for more than a decade.

“My mom and dad for probably 10 years would dress up as Mr. and Mrs. Claus for the Chamber of Commerce,” Hocutt Jr. remembers. 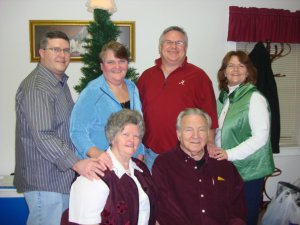 There were even a number of things Hocutt Sr. did that he chose not to brag about.

“If he knew people hadn’t checked their mail, he’d go knock on the door,” Hocutt Jr. said. “He’d find out when people would need something, he always knew when someone was ill. They’d get people hospital beds, get them a wheelchair, make a donation.”

Close friend and colleague at the Trussville Fire Department Jerrial Williams said the word that comes to mind when thinking of Hocutt Sr. is leader.

Son Edwin Hocutt said he vividly remembers his father jumping into action when a storm came through Trussville in the middle of the night.

“I remember dad getting up, and us all putting on clothes and we went house to house checking on everyone,” Edwin Hocutt said. “We moved limbs off the road, turned off power so homes wouldn’t catch fire. That’s a vivid memory I have of my dad is us helping people.”

Edwin Hocutt said that was just the kind of man he was, whether it be helping a neighbor or helping a sports team along to victory.

“I remember him coming in when I was playing football, dad wasn’t the official coach, but we’d played a pretty bad season the year before, and my dad asked the coach if he could work with the lineman,” Edwin Hocutt said. “We went form a very mediocre season to playing in the playoffs because he was the one who took the time to show us how to block and tackle.”

Hocutt Sr. was a past master of the Georgiana Davis Lodge #338 and was named Treasurer-Emeritus.  As a member of Golden Rule Chapter #6, Order of Eastern Star, he served many times as Worthy Patron and was appointed to serve as Grand Sentinel for the State of Alabama 2006-2007.

Hocutt Sr. is survived by wife Betty, sons Joe Jr. and Edwin, and daughters Marlene and Darlene. He is also survived by six grandchildren and one great-grandchild.

The Trussville City Council has written a proclamation for Hocutt Sr. that will be presented at the next meeting.