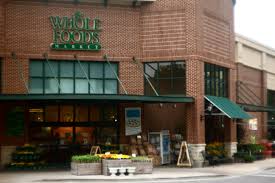 Woman robbed at gunpoint at Whole Foods in Mountain Brook

MOUNTAIN BROOK – The Mountain Brook Police Department is searching for a gunman, who allegedly robbed a woman at Whole Foods on Highway 280 Monday afternoon.

According to Mountain Brook Police Chief Ted Cook, the holdup happned around 3 p.m., when the woman was putting groceries into her car. The suspect pointed a gun at her and took her purse.

According to al.com, the robber fled the scene in a red or maroon colored vehicle that looked like a Ford Edge, or a similar style vehicle. The victim describes him as a black male with a goatee.

Anyone with information should call MBPD at 802-3855. This is the second robbery incident that’s occurred in Mountain Brook since Friday.