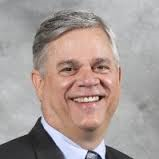 SEBC President Alexander Granados has selected longtime coach Bill Ivey as director of athletics and head basketball coach for the Sabers, with the teams set to begin competition in 2017-18.

SEBC had a program over the years since its founding in the 1930s, but shut it down in the late 2000s. The school off Valleydale Road has approximately 200 students.

Ivey, a native of Birmingham, was head boys basketball coach at Hewitt-Trussville, where he also taught history, from 1978-1983. Besides his 13 years as a high school coach, he coached the UAB women’s team for three seasons. He also is president of the Birmingham Basketball Academy, which he runs with veteran coaches Robert Burdette and Walter C. Neto.

SEBC will be provisional members of the National Christian College Athletic Association and a member of the South Division II Region as it proceeds toward full membership. Other schools in the South Region include Bob Jones University in South Carolina, Toccoa Falls College in Georgia and Pensacola Christian College in Florida.

Ivey is already at work laying the new foundation.

“The challenges are obvious,” Ivey said in a Facebook post. “No players, no schedule, no gym! No matter; this is a rare opportunity. There are tremendous potential benefits for the institution, of course — if the program is built to complement its mission.”

Ivey is excited that it will afford more high school basketball players a chance at a college education.

He said he believes his recruits will come from traditional high school seniors, transfers who aren’t happy with their current situations and players who have “slipped through the cracks.”

Ivey emphasizes two things – the level of play will be high, and that his players must remember they are students first.

“We want to become competitive as soon as possible. Winning makes it more fun and rewarding for everyone. We must ‘brand’ the institution in the most positive ways possible.

“It IS possible to win the right way,” Ivey said.