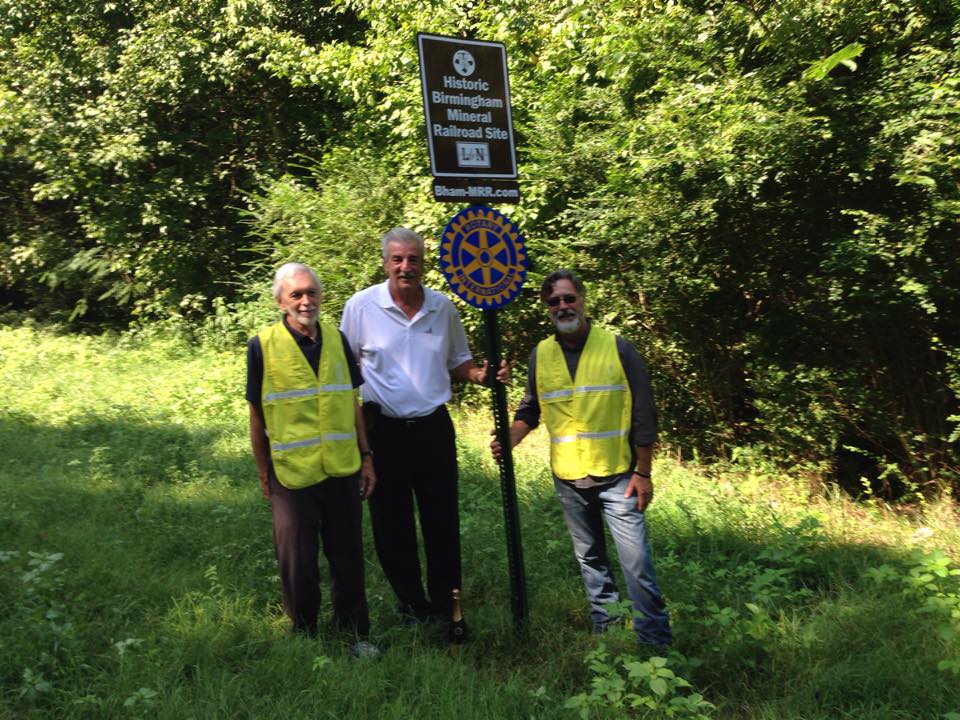 Shown in the photo are James Lowery from the BMRR; Jefferson County Commissioner and Rotarian Joe Knight; and Rotary Club President Tommy Trimm.

TRUSSVILLE – The Trussville Rotary Daybreak Club is now a sponsor of the Birmingham Mineral Railroad.

James Lowery of the historic Birmingham Mineral Railroad (BMRR) recently spoke to the club about his endeavors in researching the history of the railroad. 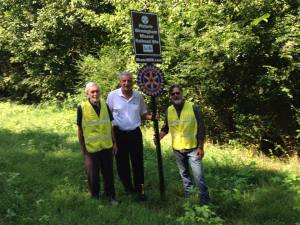 Shown in the photo are James Lowery from the BMRR; Jefferson County Commissioner and Rotarian Joe Knight; and Rotary Club President Tommy Trimm.

Historic mineral sites are located in Oneonta, Trussville and Helena, to name a few in this area.

“Birmingham’s early development is due in large part to the Birmingham Mineral Railroad,” Lowery said. Some of the roadbed has now been turned into walking trails. He added, “The new Rotary Trail is on one of the railroad beds.”

Not long ago, Lowery began a sign project which marks significant areas that were part of the BMRR and he has paid for most of the signage out of his own pocket. The Club felt it was important to support this project and voted to sponsor the 100th sign, which was dedicated on August 4 and is now located at Village Springs on Highway 75. A separate sign recognizing Rotary’s sponsorship will also be erected locally in downtown Trussville.