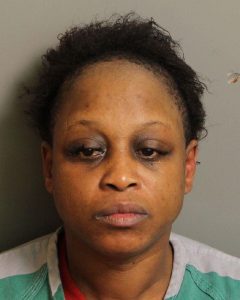 Man stabbed in back after girlfriend accuses him of cheating

CENTER POINT – Around 4:30 a.m. on Friday, Jefferson County Sheriff’s Deputies were called to the 2300 block of Raintree Court to investigate a stabbing.

Deputies arrived to find a 28-year-old man suffering from a stab wound to his upper back. The victim reported he was arguing with his girlfriend because she thought he had been cheating on her, and she asked him to leave. As he was gathering his belongings, she stabbed him in the back with a kitchen knife.

Nekita Ignacia Averette, 41 of Center Point, was arrested and charged with domestic violence in the second degree. She remains in the Jefferson County Jail, pending a $5,000 bond.

The victim was treated for his injuries and released from the hospital.