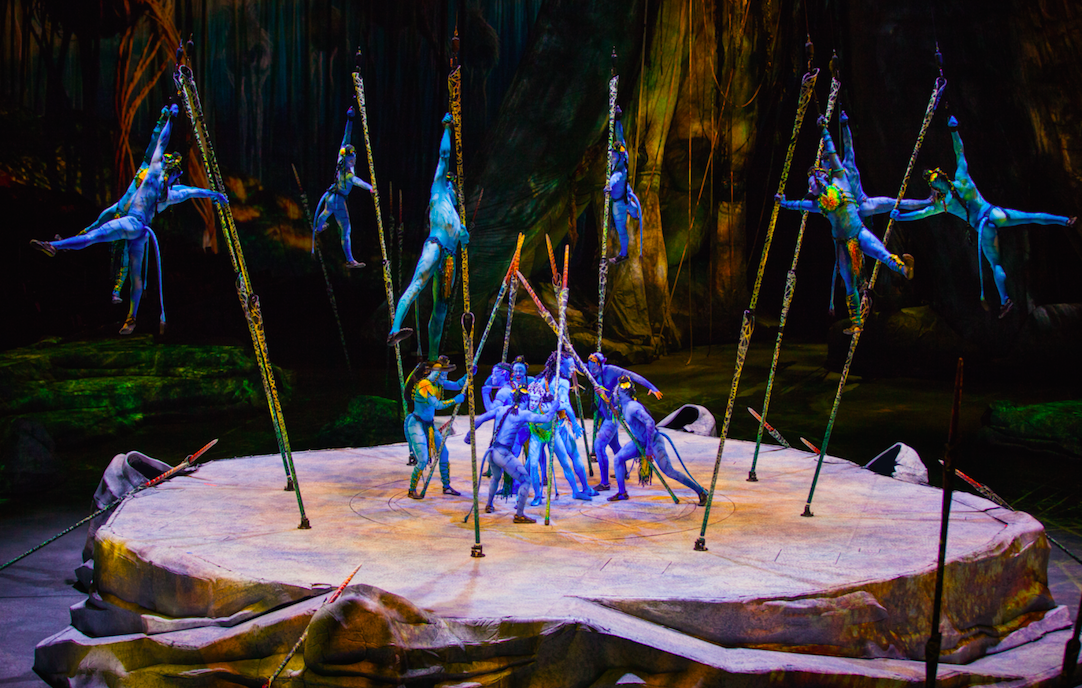 TORUK – First in Flight to stop in Birmingham this weekend

BIRMINGHAM – Many are familiar with both Avatar and Cirque du Soleil, but combine them and you get TORUK – The First Flight, a new and exciting Cirque experience.

TORUK will be at the BJCC Legacy Arena for five performances, August 19-21.

Although Cirque is famous for its acrobatics, TORUK combines visuals, puppetry, stagecraft and projections to bring James Cameron’s world to life.

“This show is a collaboration between two large entities,” Artistic Director Fabrice Lemire said. “We’re following the footpath of the existing movie, Avatar. It’s not Avatar on Stage, but needs to respect the universe James Cameron created for Avatar.”

Lemire said this show is the first time in Cirque history there is a narrator on stage during the show, and also the first time the production uses the entire arena floor, rather than having seating available on the floor.

“The challenge is we have to redo this every single week and set it up again,” Lemire said. “There’s lots of work for the technical department to make the stage ready for me and my artistic performers to come in.” 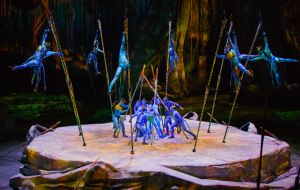 Lemire said this production is also unique because he has cast performers that are good at multiple disciplines and willing to learn. Performers are also responsible for moving props and sets during the shows themselves, rather than a separate crew doing it for them.

“For the main characters we ask them to perform not only physically, but as an actor,” Lemire said. “In the past I was hiring specialists. They have to get out of that comfort zone because this is what they’re trained to do.”

TORUK is a traveling show, so the cast spends one week in one city, before packing everything up and moving on. Lemire said that when they arrive in a new city, there’s 5-6 hours of set up and light checks, but no full dress rehearsals.

Lemire spent 30 years as a performer himself, first training in Paris before performing as principal dancer and guest artist in various productions touring North America, Europe, North Africa and Asia. Lemire also has Alabama ties, having served as the Artist in Residence and Choreographer for the Alabama School of the Fine Arts from 2003-2008, before joining Cirque in 2008 as Dance Master and Assistant Artistic Director.

Overall, Lemire said he hopes everyone will come into the show with an open mind, because there are newcomers and those who are familiar with Cirque shows.

“Newcomers come in ready to observe and have a good time,” Lemire said. “Fans of Cirque have a high level of expectation because they’ve seen many shows before and expect a certain level of acrobatics.”

Lemire said this show is about the “marriage” of production and acrobatics, which is outside of the comfort zone of a traditional Cirque show.

“This show is not just relying on the stunts and skills of the performers, but we’re looking outside the box, asking what else we can bring to the table,” Lemire said.