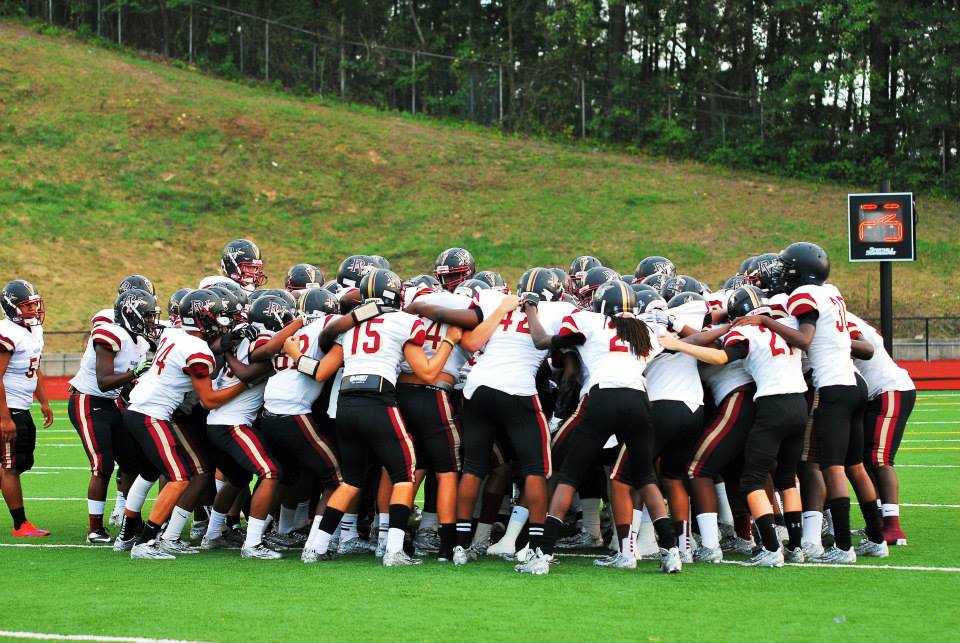 PINSON – It’s not a region game. It’s not even a neighborhood rivalry.

But both Pinson Valley and McAdory have had this football game circled on their calendars for a while.

The Yellow Jackets from McCalla were unbeaten and ranked fourth in Class 6A a year ago when they hosted the Indians. Pinson Valley had been through the wringer, losing back-to-back games to Gardendale and Clay-Chalkville by a 107-23 margin.

But a great defensive effort and Jackie Matthews’ big passing night led the Indians to a 24-21 overtime win, sealed when Saul Rios knocked home a 20-yard field goal for the upset win. 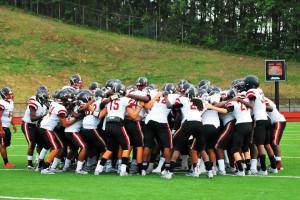 It was not as if the Indians didn’t have to overcome adversity. They fumbled a punt on their 25 to set up McAdory’s first touchdown. A blocked punt recovered at their own 8 set up another touchdown. Then after Matthews’ second TD pass gave the Indians a 14-13 lead with less than a minute left before halftime, the Yellow Jackets caught the secondary napping for a long TD pass and converted a two-point play.

That would have been enough for most teams to hang their heads, but the staunch Pinson Valley defense rose up to shut down McAdory in the second half and scored themselves when they sacked the quarterback and knocked the ball loose. Zeke Lawrence recovered in the end zone to tie the game.

In overtime, they sacked the quarterback again for a big loss that forced a 35-yard field goal attempt, which missed. On the next possession, Matt Glover sent Rios in for the game-winning kick.

That victory started a four-game winning streak that locked up a playoff spot.

Glover and Co. know the Yellow Jackets will be mad as hornets when they arrive at Willie Adams Stadium for Friday’s season-opener. Kickoff is 7 p.m.

McAdory brings one of the state’s top athletes in Malcolm Askew. He played defensive back and wide receiver last year, but he’s moving to quarterback this year to replace the graduated Jay Jones. The Auburn commitment is rated as a four-star prospect at DB, but his speed and ability to make defenders miss will make him a threat at QB.

He will play both ways. “Malcolm is too good not to be on the field every snap,” Yellow Jackets coach David Powell said.

Glover has only 12 seniors, but he’s got some experienced playmakers returning. Matthews is back as a three-year starter at quarterback, and he’s added muscle. His top targets will be Liallen Dailey, Dilon Henderson and Torrey Hendrix, who will spend time in the slot and at running back. Khymel Chaverst, the junior bowling ball who emerged last year as a sophomore, and fleet freshman Jay Sharp will be toting the ball.

However, Glover said, “The offensive line is going to be the key to our football team.” Two starters are back. Tight end Marshal Tanner has moved to the interior line, likely at center.

This is a big test for both schools. For the Indians to pull out another victory, they will need to contain Askew on defense. On offense, the line must protect Matthews. When he does get flushed from the pocket, he can be dangerous on the run or throwing, but he needs to make good decisions with the football.