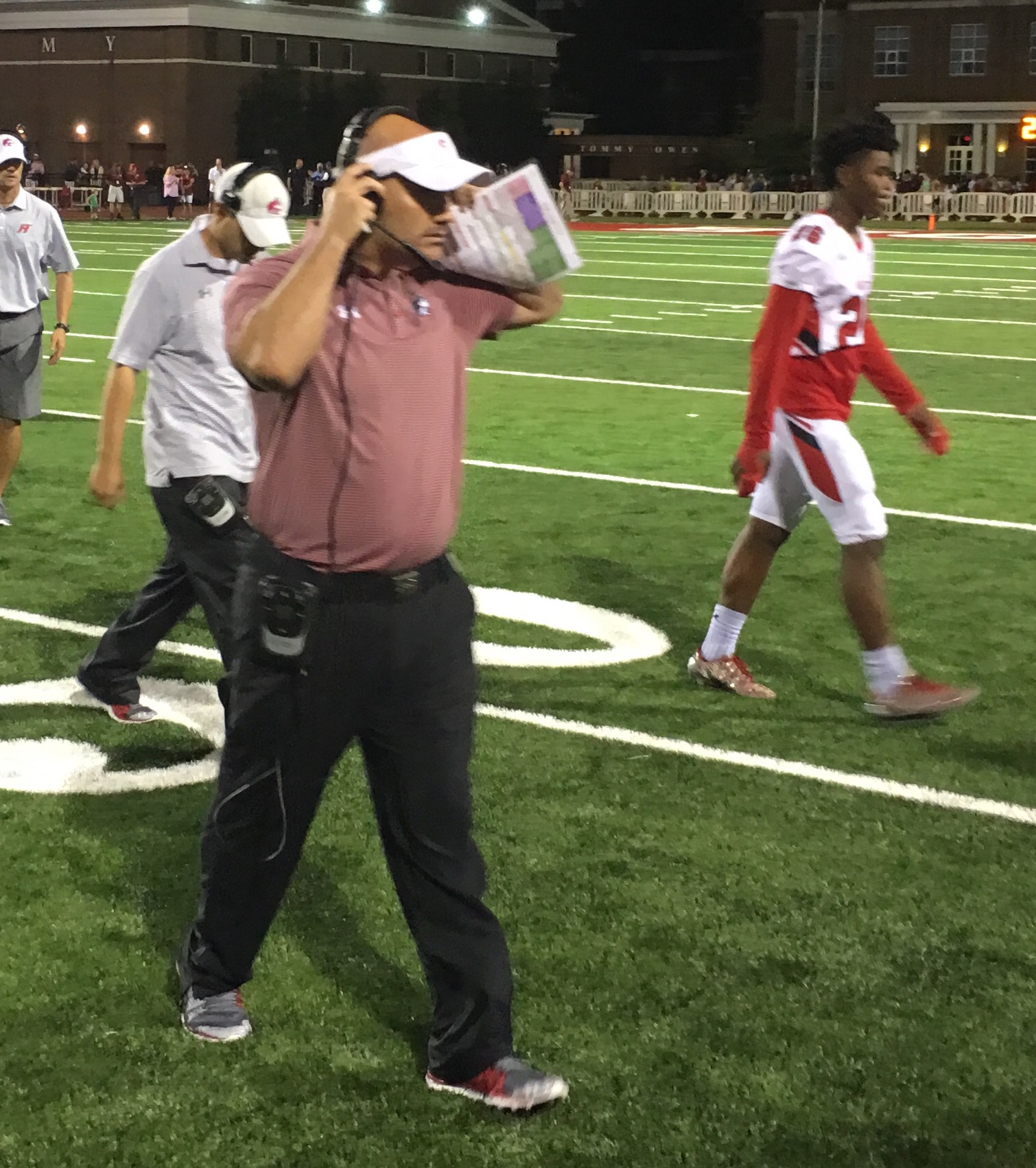 MBA was looking for an encore to last season’s win in Trussville, 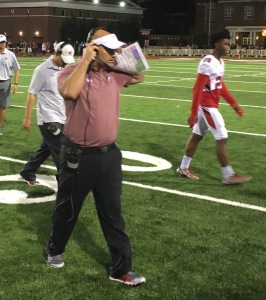 Big Red superstar running back Ty Chandler, the No. 6 running back in the country lived up to his headline billing, rushing for 180 yards on 12 carries and three touchdowns in the first half.

But in the end, it was a supergroup band of Huskies who proved its billing as Alabama’s No. 7 Class &A squad, charging back from a 24-19 deficit to record an impressive 33-24 win at Tommy Owen Stadium.

Chandler, who committed to Tennessee on Monday, scored the winning TD in last year’s MBA win. He had TD runs of 73, 70 and 2 in the first half as MBA held the lead at halftime.

But the Huskies regrouped defensively, holding Chandler to 46 yards on nine carries and shutting out the Big Red in the second half.

“We just tackled better,” Huskies coach Josh Floyd. “We got some big turnovers.”

Creed Parker picked off a pass at the Hewitt 3, and Trevor Sisk added a pick.

The Huskies offense was in harmony most of the game. Quarterback Connor Adair was a hit in his debut, going 27-of-34 passing for 340 yards and two scores. He repeatedly found open receivers in the Big Red secondary. He hit Grayson Cash for a 25-yard TD and Elliott McElwain down the seam for a 70-yard score. Cash scored the game’s first TD on a 26-yard burst and the game’s last one on a 4-yard run.

Cash finished with 87 yards on 16 carries. He added three catches for 63 yards.

Floyd had promised Noah Igbinoghene would be used more as a runner, and he delivered on that promise. He scored the go-ahead TD, taking the direct snap from the wildcat and breaking free around the left side for 38 yards and the score. Parker Colburn’s PAT made it 26-24 with 7:46 left in the third quarter. Igbinoghene had 78 yards rushing on six carries and caught nine passes for 67 yards.

Igbinoghene said he hadn’t run the play before in a game.

“No, sir,” he smiled. “I just saw a big hole and got a great blocks and nit was wide open.”

One drive was an impressive 97-yard drive in eight plays.

“I was real pleased with our offense,” he said. “There were a couple of times we didn’t finish drives. But I thought overall we ran the ball pretty well, got an good push up front from our offensive line.

But Floyd was especially happy with how the defense responded in the second half after Chandler had broken free for those two long first-half runs.

“I think that was the story of the whole game,” Floyd said. “Ty Chandler is a great player. It’s hard to prepare for a player like that, he’s got so much speed and power. Our defensive line did a great job and to shut those guys out in the second half is a big-time deal for our defense.”