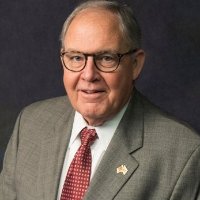 TRUSSVILLE – Jef Freeman has been elected to place three on the Trussville City Council.

Freeman ran against Tommy Brewer and Anthony Irwin, both of whom were making their first run for public office.

Freeman, a native of Walnut Grove in Etowah County, has lived in Trussville since 1993 and is a member of Trussville First United Methodist Church. Most recently, Freeman has served as the chairman of Trussville’s Downtown Redevelopment Authority (RDA).

Freeman’s background is in finance, as he serves as a Financial Advisor for Wells Fargo Bank. He began his career in finance at 19 years old with the Birmingham National Trust Bank, now known as Wells Fargo.

In addition to serving as chairman of the RDA, Freeman is also a member of the Jefferson County Board of Zoning Appeals, the Jefferson County Mural Review board and is a past President of the Rotary Club. He has also been involved with municipal finance through the years, seeing both the good and bad.

Freeman has been married to his wife, Regina, for 35 years. They have two sons Joe and John, one daughter Rebecca, and granddaughter Addie.