32.5% turnout to vote in Trussville

TRUSSVILLE –According to Trussville city clerk Lynn Porter, 32.5 percent of registered voters went to the polls in Tuesday’s municipal elections for the city council and mayor’s races.  That’s an increase of about 10 percent over the 2012 municipal elections.

“Between the first absentee voter lists provided by Jefferson and St. Clair counties on or around July 19, and the final election day poll lists generated as of registrations through August 9, the Jefferson County number had increased by 302 and the St. Clair County list had increased by 259,” Porter said in a statement released on Thursday.  “A large portion of this St. Clair County increase was due to a coding error that left Carrington Estates off of the first list.”

In addition, there were 99 absentee votes cast. An estimated 15-20 provisional ballots will be counted during the canvassing process on August 30, which won’t be enough to change the outcome of in of the Trussville races.

Click the images below for the full view of the complete unofficial returns. 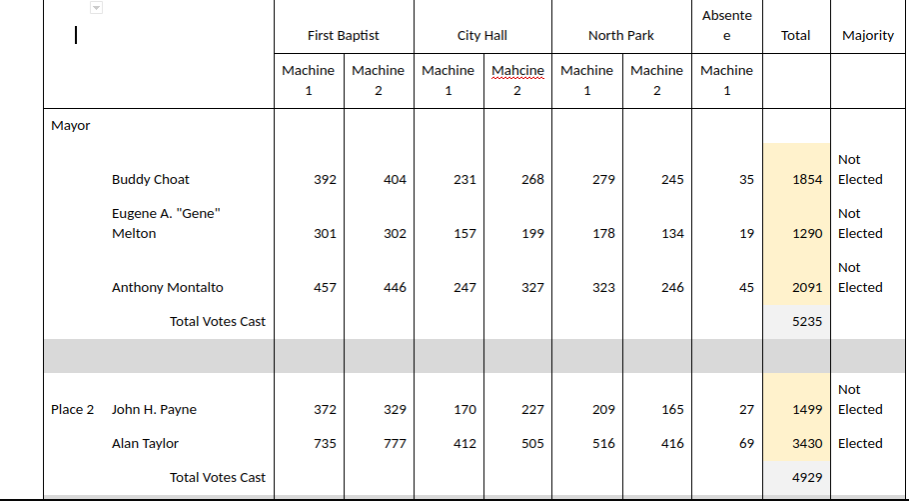