TRUSSVILLE – During Thursday’s Trussville City Council meeting, a new restaurant received a permit to serve alcohol, and the Grow Trussville Committee was dissolved.

Casa Fiesta Grill, which will be located at the Pinnacle Shopping Center, received an alcohol permit at the meeting. This will be the third Casa Fiesta location in Alabama, with the others being located in Cullman and Fultondale. Both already open locations have been in operation for eight years.

Casa Fiesta is a member of the Responsible Vendors program. The program offers the restaurant all of the tools they need to properly educate employees about serving alcohol. In the eight years the owners have been running the Cullman and Fultondale locations, they’ve only been cited once for serving alcohol to a minor. The owners went through all the recommended protocols to remedy the situation, and have not had a citation at either location since. 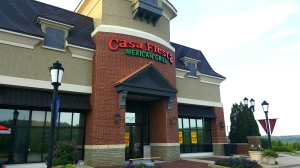 The owners hope to have all permitting taken care of within the first two weeks of September, and hope to open the Trussville location in Pinnacle Square the first week of October. The council unanimously approved the license.

The Grow Trussville Committee was also dissolved during the meeting.

“The body has served the city well, but with the reconstruction of the downtown redevelopment authority, many of the efforts of these two bodies are duplicated,” Cook said.

A number of proclamations were also made during the meeting. The council proclaimed Constitution Week September 17-23, Family Night on September 26, National Night Out on October 4, National Preparedness Month for the month of September, and Patriot Day on September 11. The council recognizes each of the listed days and encourages the city to observe each as they see fit.