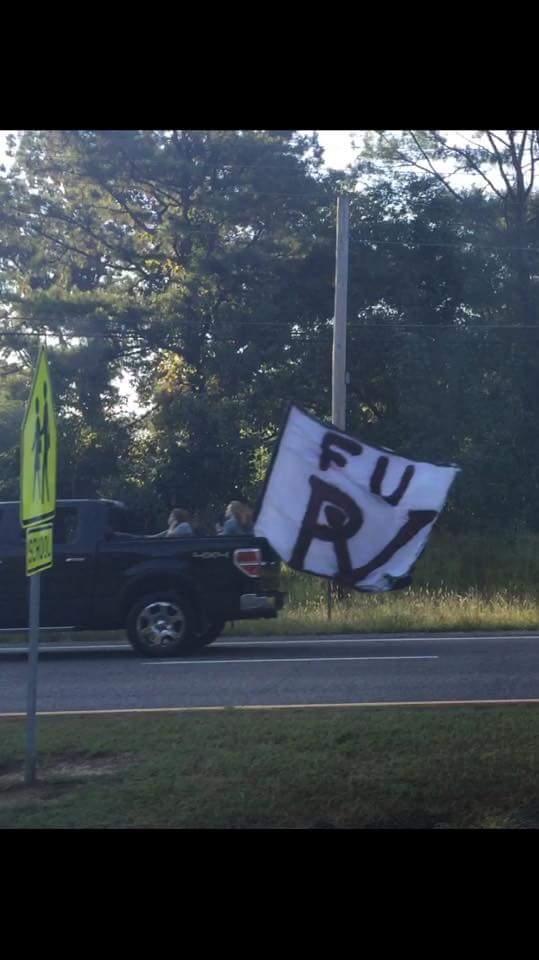 CLAY – A photo began circulating social media shortly after 7 a.m. Friday morning depicting three Clay-Chalkville High School students riding in a truck with a flag on the back that reads “F U PV.” 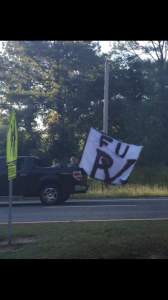 CCHS Principal Michael Lee said he has already identified the students and “they are being dealt with.”

I would like to apologize publicly to Mr. Turner, Coach Glover and our friends in the Pinson Valley community and at PVHS. The behavior of a few of my students this morning is certainly not indicative of the type of student body we have at CCHS, nor does it represent the standards of commitment, character, honor and service that we expect of all of our students. We have enjoyed a long-standing positive relationship with all of you, and the lack of judgment show this morning is embarrassing to both me and the Clay-Chalkville Community.”