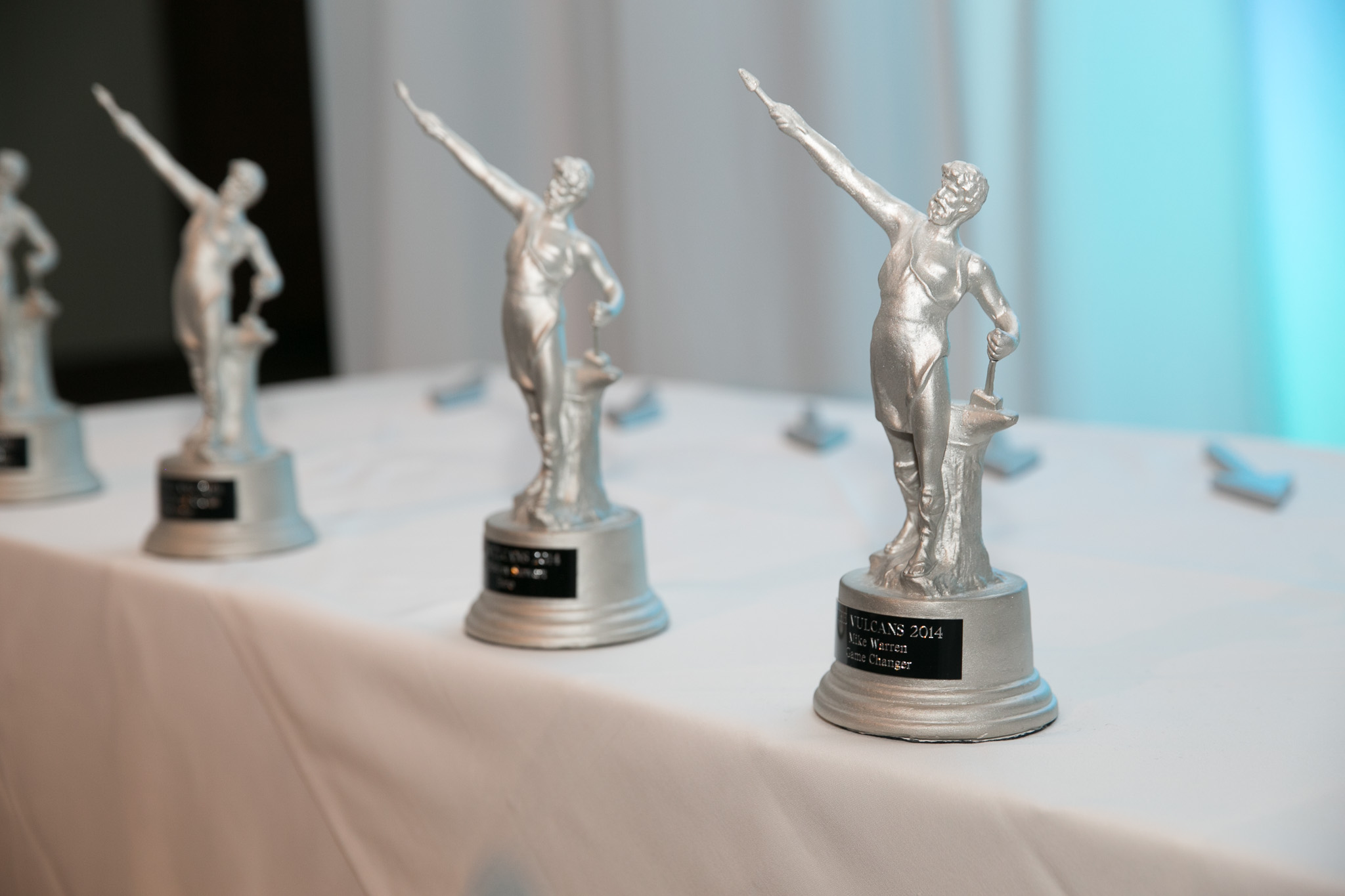 The Vulcans honor citizens who exemplify civic pride, leadership and progress within the seven-county metro area. (Photo via visitvulcan.com)

Honorees of the 3rd annual The Vulcans Community Awards announced

Recipients were chosen by an independent panel of diverse citizens and will be honored at an awards dinner on Thursday, November 3 at The Club led by master of ceremonies, Rick Journey. The 2016 honorees are:

Reserve a table of eight or purchase individual tickets at visitvulcan.com/the-vulcans. Sponsorships are still available. To get involved, contact the Vulcan Park and Museum Development Department at 205.933.1409 x.111 or email thevulcans@visitvulcan.com.