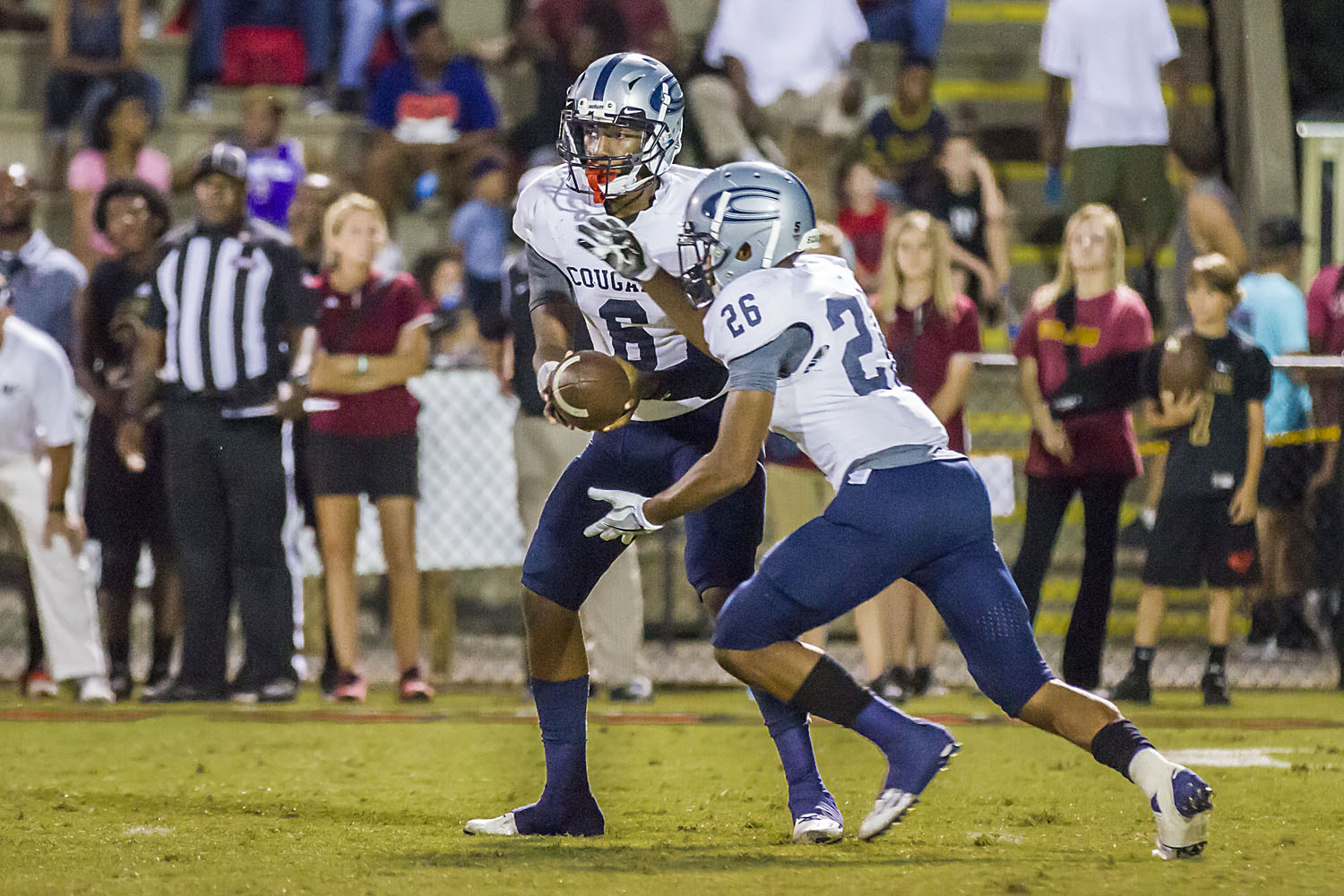 CLAY – You felt it was going to happen. And it did. Now we see what this bunch of Clay-Chalkville Cougars have in them.

A 10-game winning streak and a perfect record against the Pinson Valley Indians. Over.

A streak of 15 consecutive victories over region foes. Gone.

A state record of scoring 20 or more points in 80 consecutive games. Finished.

But are these Cougars over, done, gone and finished for 2016? The 21-14 double-overtime loss to Pinson Valley will drop them from the top spot in the Class 6A poll when it’s released today, but Cougars coach Jerry Hood said before the season that some time his young bunch would likely taste adversity.

Pinson, after being on the stinky end of a 65-10 loss last season, and having never beaten its rival in football, seemed ready for redemption. The Cougars, for whatever reason, did not seem quite as ready to answer the challenge last Friday.

Perhaps a reason is it’s simply difficult to play every game with a target on your back. Maybe now is the time to tip your cap to those streaks and give them their due. The youngsters who have been a part of those streaks have accomplished quite a bit to be ready to play week after week when you know you have the better team, know you should win, no matter what. And what an accomplishment by the coaching staff to continue to motivate those youngsters week in and week out.

With no Ty Pigrome, no T.J. Simmons or any of the 16 or so other starters from last year’s state runner-up, it would end sometime this season.

But as Hood said before the season, if his team can get to the end of season and in the playoffs, then watch out.

Getting to the end of the season and in the playoffs means re-focusing and re-committing. Along that path, it will mean the young team will have matured. And with all the talent on display in navy and blue every Friday night, maturity may be all this team lacks right now.

The Eagles (0-4, 0-2) are in their first season under Shawn Gregory as head coach. The Eagles have been streaking too, but in the wrong direction. They’re on a school-record 11-game losing streak. Last week they lost to Minor 62-14 in a “home” game that had to be played at Minor Stadium because armyworms infested the football field.

The big loss to Minor, which is 4-0, wasn’t surprising except by the margin of victory. The Eagles have managed to keep all the other losses close – they lost to Hueytown, Shades Valley and Carver by a total of eight points.

Besides re-focusing the mindset and ratcheting up the intensity, expect the Cougars offensively to work on protecting quarterback Willie Miller. Miller was 21-of-34 passing for 167 yards and a pair of touchdowns, but was sacked several times by Pinson Valley. The fact that his completions were for only about 8 yards on the average was in part because he had to go to the vertical passing game to offset the pass rush.

Miller also ran for 51 yards on 15 carries, but most of that was on a 47-yard run. The second half was particularly brutal for the Cougars, when they mustered in the neighborhood of 50 yards of total offense and where shut out until overtime.

Another offensive focus has to be on Nico Collins. The senior standout was held to two catches for 22 yards. He needs to get the ball. He did have a few other chances, but Pinson Valley played excellent defense against him.