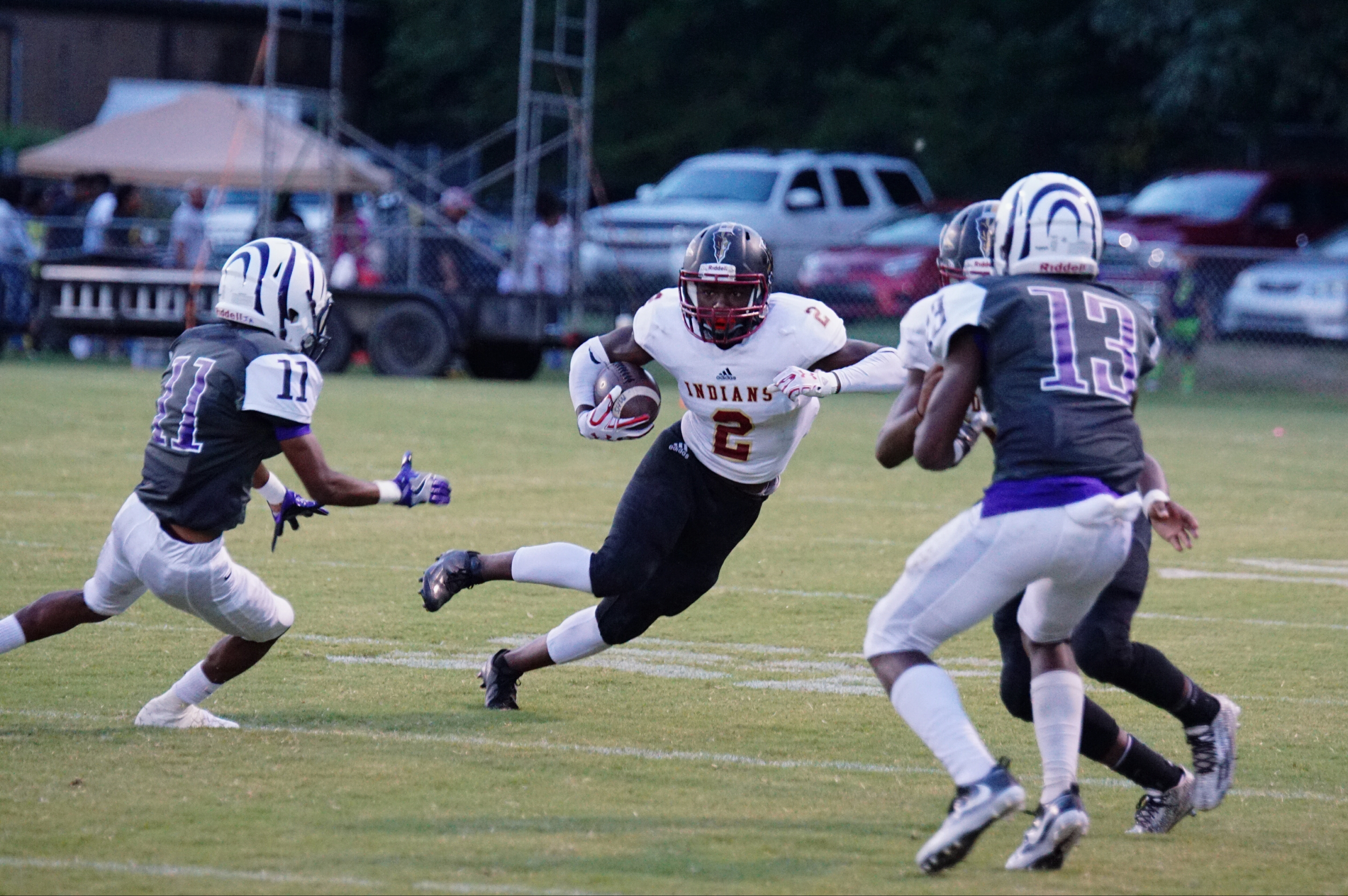 Pinson struggled to get their offense going against Minor. Photo by Danny Joiner for The Trussville Tribune

PINSON – It may take the Pinson Valley Indians a little while to come down, but who can blame them?

It was the Indians’ first win in 11 tries against their neighborhood rival.

After starting the season off with a good win over McAdory, disappointing losses to Ramsay and Minor followed. Glover said prior to the season that if a team can get to three region wins, it’ll make the playoffs.

After a region loss to Minor, the win over Clay was big in terms of Class 6A, Region 6 implications. He was mindful of that even as he was being congratulated on the field.

Minor sits atop Region 6 at 2-0. Gardendale beat Carver last week in the Rockets’ first region game and is 1-0. At 1-1 are Carver, Pinson Valley, Clay-Chalkville. Walker is 0-1 and Center Point is 0-3.

Walker of Jasper awaits the Indians, and they had a week off to prepare. The Indians don’t have that luxury, and they must travel to Jasper for the game. Walker started off with a solid win over 7A Austin, but things took a turn for the worst after that. Losses to Hueytown and Clay-Chalkville leave the Vikings at 1-2 overall.

If there are any other concerns besides a letdown, it might be the offense. The Indians ran the ball well against Clay in the first half especially. The Cougars then put the clamps on Khymel Chaverst most of the time after intermission. Neither team scored in the second half after a 7-7 first half. Quarterback Jackie Matthews was a dangerous weapon passing and running late in the game, but the Indians couldn’t finish drives, had some unfortunate penalties and missed a couple of field goals.

Torrey Hendrix was a little more of a factor at receiver, catching a big pass in the second overtime to set up Matthews’ diving 1-yard score that won the game.

A little more consistency on offense and finishing drives is what to look for on offense. The 21 points Pinson scored on Clay is the most they’ve scored in a game this season – and it took two overtimes to manage that after a 7-7 regulation.

On defense, Walker has relied on quarterback Michael Crear, and he can make plays with his arm and his feet. If the Indians can get the rush on Crear, they’ll still have to contain him in the broken field.

Kickoff at Ki-Ro/Gambrell Field is 7 p.m.