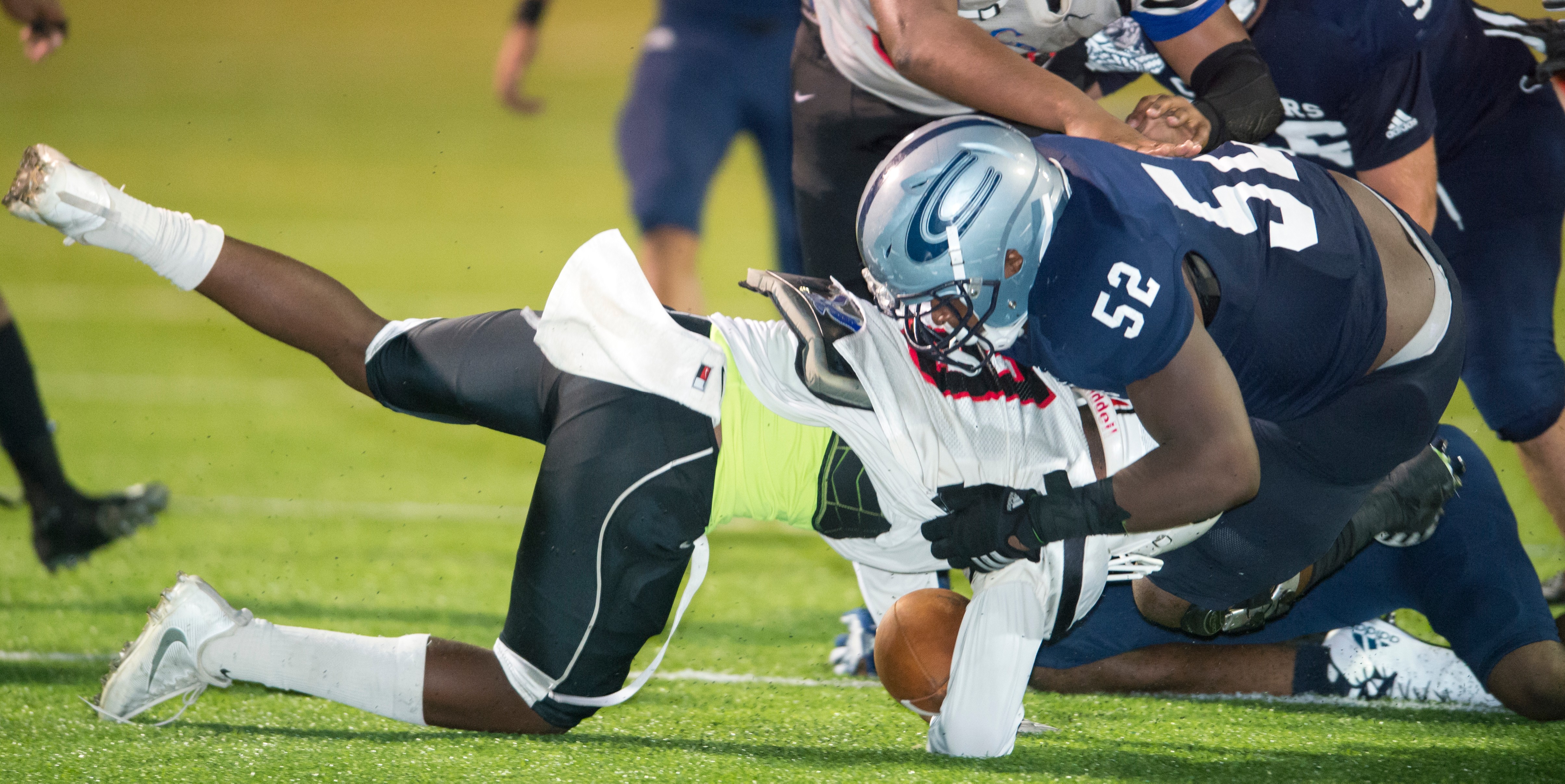 CLAY –A week after one streak for Clay-Chalkville ends, another begins after tonight’s 40-20 victory over regional rival Center Point. 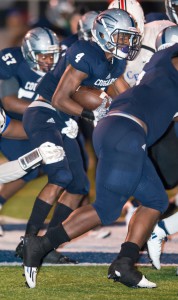 “My line, they were blocking, making a lot of down blocks and I hit the hole just right,” Jones said.

“He gave us what we needed tonight,” said head coach Jerry Hood of his running back.

CCHS was also helped out by a big game from wide reciver Terrill Cole. He totaled 79 yards on 4 catches and 2 touchdowns. Fellow wideout, Nico Collins, added another touchdown and finished with 2 catches for 63 yards, all in the first half.

Defensively, Andru Ransaw and Derrick Bean Jr. led the way, with the latter recording an interception and a blocked punt. The feisty defense stopped Center Point for most of the night, but let some big plays slip through their fingers.

Quarterback Tacoby Trammell struggled with efficiency, going 12-35 with 195 yards, 2 touchdowns, and an interception. At times he played really well, but he was hurt by a few drops.

“I like the way our guys fought,” said coach Shawn Gregory. “They put it all out there on the table.”

Clay started the scoring early, recovering an onside on the opening kickoff. It took two plays for them to score on a 28-yard pass from Miller to Collins. The two-point conversion was ran in by Miller,

A Center Point three and out was followed by another passing touchdown from Miller to Cole. The game quickly turned defensive and the next score didn’t come until Jones ran down 20 yards down the middle to make it 21-0. 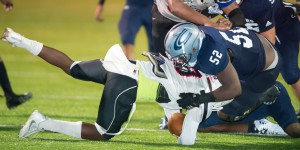 Clay-Chalkville back on track with win over Center Point.
Photo by James Nicholas

Center Point gained momentum with a touchdown to Kelvin Cole Jr. and a defensive stop, but the Eagles had to punt and the next play was another Jones run, this one down the sideline for 45 yards making the score 28-8 going into halftime.

Clay scored twice in a two-minute period in the third quarter to put the game out of reach. The first was a 52 yard pass from Miller to Cole, the second coming from Jones’ third and final touchdown from 34 yards.

The Eagles fought back with two touchdowns, one from Trammell to Baker, and the second on an N’Kosi Steele-Dubose to end the game 40-20.

Both teams played sloppily as far as discipline was concerned, with Center Point committing 12 penalties for 85 yards and Clay committing 9 for 76 yards.

Clay will look to take their current win streak to two at home against James Clemens. Asked after the game if he sees another 26 game win streak in the future, and  Hood jokingly replied, “I doubt it.”