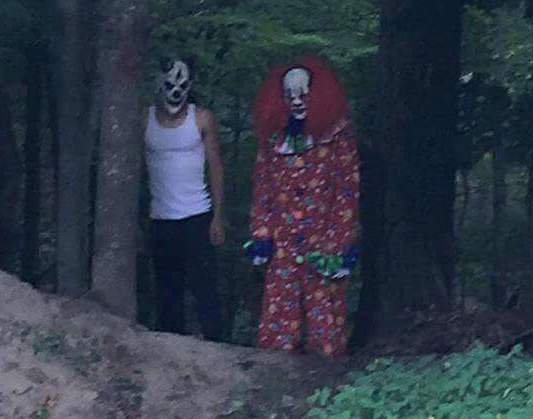 GADSDEN –A woman described as 5 feet 8 inches tall, dressed in clown attire and wearing white facial makeup with black makings around her eyes broke into a Gadsden home around 2:45 a.m. on Tuesday, according to a report by William Thorton of The Birmingham News.

According to the report, the 33-year-old female homeowner was awaken by a noise and went into her living room where she found the intruder.

“They sent me!” the woman reportedly said. “I thought this was my mama’s house!”

The homeowner called to her nephew for help and she struggled with the intruder, striking her several times before she fled, Thorton reported.

The intruder left a bag behind which police collected as evidence.

Capt. Paul Cody of Gadsden police told Thorton the incidents appear to be “a series of pranks that are getting out of control.”

“People need to be careful,” he said. “Not everybody finds this kind of thing funny, and if you engage in this kind of behavior, you may find yourself in a situation that you can’t control. We take this very seriously and we will investigate accordingly.”

The incident in Gadsden is one of several recent reports involving a clown theme. On Wednesday morning, a Facebook page under the name Klown InBham posted a message referencing Pinson Valley and Rudd Middle School. You can read that story here.