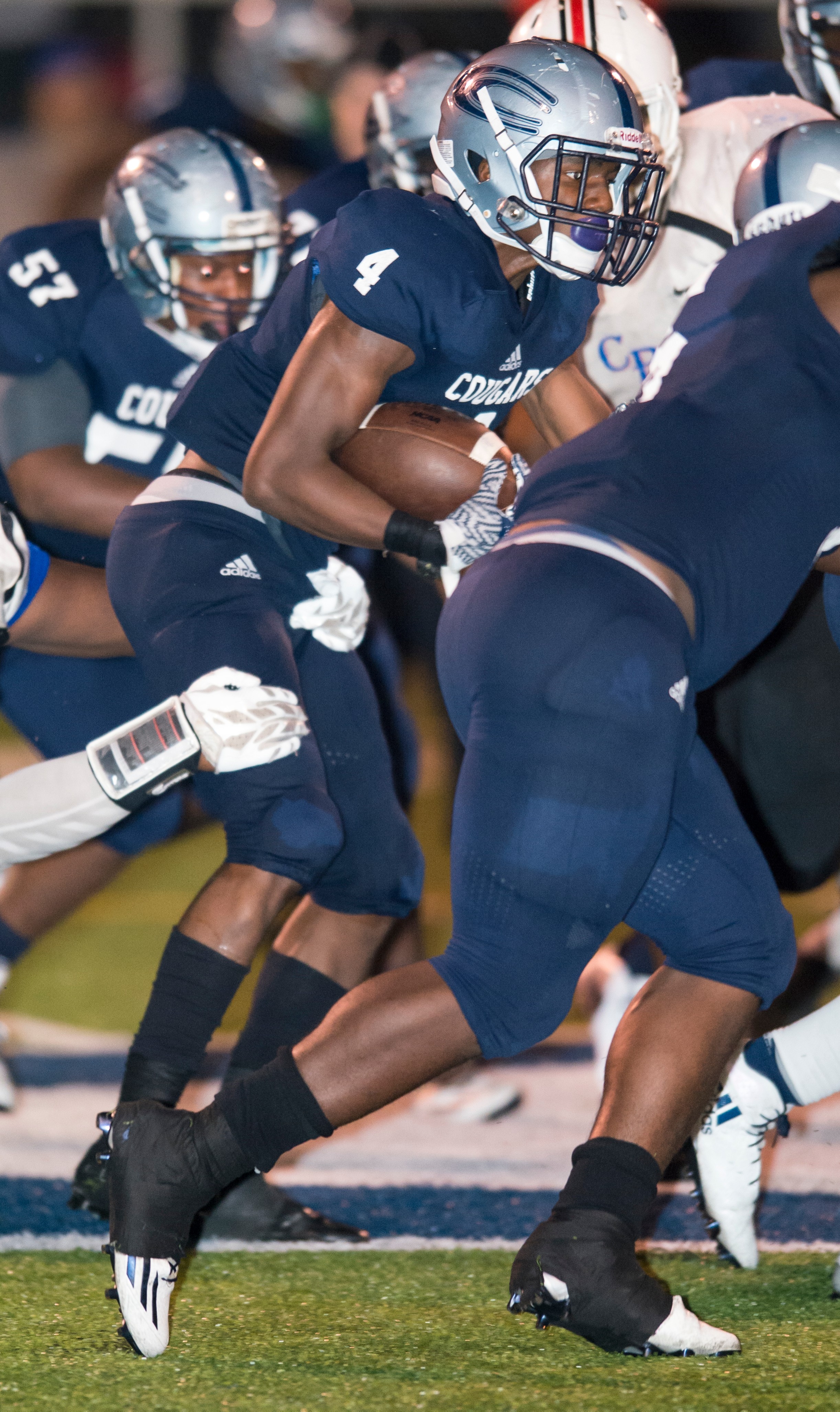 Cougars go from Eagles to Jets

CLAY – The Clay-Chalkville Cougars had no problem clipping the wings of the Center Point Eagles last Friday, sending them to their 12th straight loss.

Shearing off the wings of the James Clemens Jets, though, will be a bit tougher.

James Clemens of Madison went 10-2 last season. The Jets were ranked No. 2 in Class 7A in preseason, as they returned a state championship-quality defense and seemingly enough playmakers on offense to get the job done.

So it was a surprise when the Jets went down to Gardendale 26-13 in the opener and followed that with a 28-20 loss to archrival Bob Jones. But the Jets have righted themselves and taken wins over Gadsden City 21-14 and Sparkman 40-15.

Against Sparkman, the first-team defense didn’t allow a touchdown. The offense sputtered at times and hurt itself with a turnover and penalties, but still managed 244 yards rushing. Bradley Belt rushed for two scores and Austin McGhee and Cameron Cassidy also scored. Sophomore quarterback Jamil Muhammad threw a touchdown pass and the special teams blocked a punt for a score, the second game in a row the Jets have done that.

With guys like Kyriq McDonald and Monty Rice on defense, it could prove to be a tough night for the Cougars offense.

Nic Jones rushed for three touchdowns and Willie Miller threw three TD passes – two to Terrill Cole and one to Nico Collins – as the Cougars (4-1, 2-1 Class 6A, Region 6) got rid of the taste of a double-overtime loss to Pinson Valley with the 40-20 win over winless Center Point.

The offensive line did a good job giving Jones room to rack up 149 yards on 11 carries and providing time for Miller to go 9-of-17 passing for 155 yards.

The defense was led by Derrick Bean’s interception and blocked punt and solid play by Andru Ransaw.

It will need to be opportunistic again Friday and keep the Jets from making explosive plays to give the offense a chance to put some points on one of the better defenses in the state.

Kickoff is 7 p.m. at Cougar Stadium for the game between these two ranked teams – Clay was No. 5 in last week’s poll and likely will stay there. JC was 10th in the 7A poll.