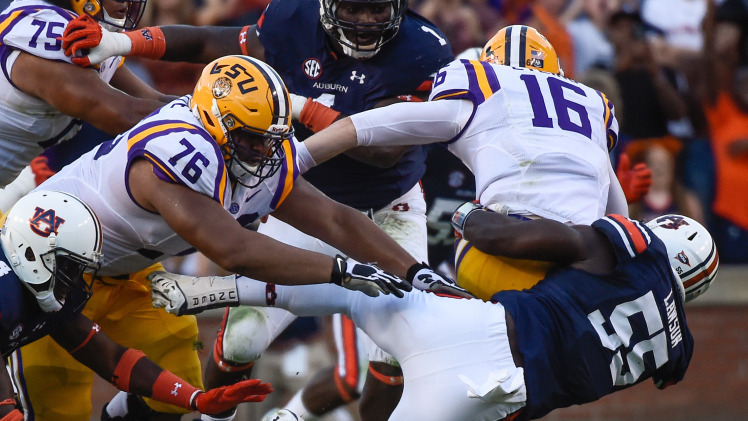 AUBURN, Ala. – Daniel Carlson had a game to remember, and Auburn’s defense stood up to the challenge of LSU on Saturday night. 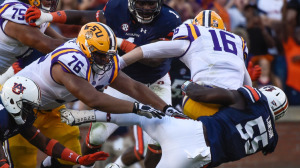 Auburn held off LSU in the final seconds. There was a second left with the officials put the ball in play, but time ran out just before the snap on LSU’s final play, an apparent touchdown. The officials signaled a score, but the play was quickly reviewed. The replay showed time had run out before the snap.

Carlson was an equal-opportunity kicker, hitting three in the first half and three more in the second. Auburn’s defense did the rest, holding LSU to 14 first downs.

There were eight field goals in the game.

Auburn’s defense set the tone early when it held LSU to only five first downs in the first half.

The Tigers tried, but couldn’t do this against No. 5 Clemson and No. 10 Texas A&M. The third time was a charm against a nationally-ranked team.

The first half belonged to Auburn’s defense and Carlson. He kicked field goals of 51, 29 and 29 yards. The last of those was Carlson’s 50th in his career, and gave Auburn a 9-7 lead with 5:14 left in the second quarter.

He kicked his 51st field goal on Auburn’s first drive of the second half to give the Tigers a 12-7 lead.

His first field goal was his seventh of at least 50 yards. That padded his school record.

Auburn held LSU to 137 yards in the first half.

The Tigers threatened to increase its 9-7 lead late in the first half, but Kerryon Johnson’s run on fourth-down at the 1 was stopped short of the goal line.