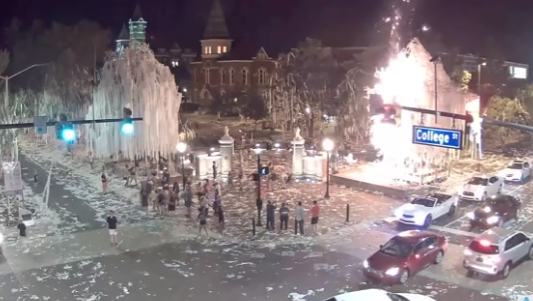 AUBURN –For the first time since the iconic oak trees were replaced after being poisoned, the rolling of Toomer’s Corner resumed following Auburn’s victory over Arkansas State a week ago.

A 29-year-old Auburn has been arrested in connection to the fire. Read the story here.

Following the Tiger’s win on LSU on Saturday night, the second rolling took place followed by a roaring fire when someone set the toilet paper ablaze.

Auburn police have a suspect in custody.

Someone inadvertently set the one of the Toomer’s Oaks on fire. It’s out now, but all the toilet paper is burned off pic.twitter.com/0cSGRUBEFZ 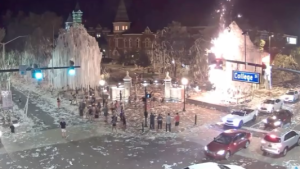