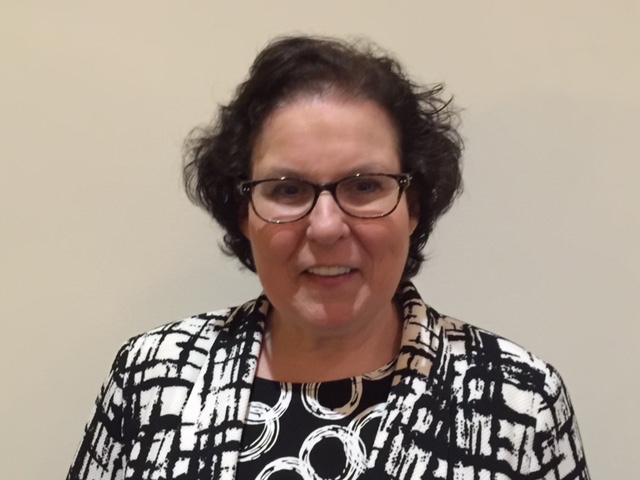 Alabama Teacher of the year shows commitment to Jefferson County

CLAY – Becoming Alabama Teacher of the Year is no easy task, but Dana Jacobson is taking her title in stride.

“When I think about Dana Jacobson, I can say that she is the best at just being herself,” CCHS Principal Michael Lee said. “She doesn’t try to put on a show for anyone. What you see is what you get and fortunately for the past 16 years the students and teachers at CCHS have been given a great teacher and colleague.”

Once a teacher is nominated, they fill out a lengthy application, which is submitted in December, and from that pool the district chooses the top 10 finalists.

There are finalists selected for both the elementary and secondary levels, and Jacobsen was selected as a top 10 finalist for the secondary category.

The 10 finalists fill out an application, which is forwarded to the state district level, which is comprised of eight districts. From the 16 total finalists for the elementary and secondary levels, the pool is narrowed to a final four, all of which participate in a panel interview.

“It was one of the most rigorous I’ve ever been in,” Jacobson said.

The top 16 are invited to Montgomery the second week of May for the awards ceremony, where guests get to enjoy a dinner and student performances, such as singing and acting. Each of the top 16 gives a speech, and the top four are brought up for the runners up and eventually the winner to be announced.

This year Jacobson said applicants had to submit a 10-minute long video piece showcasing their teaching methods in the classroom, as well as an explanation for why they used those techniques.

“It was very frightening because the turn around time was short,” Jacobson said. “But it was nice that it was included, because the focus is on what’s going on in your classroom.”

Over a decade ago Jacobson was nominated for teacher of the year and made it to the final four, but this time when she won, she got to share the experience with her family.

“When I think back now, it was a very surreal moment in the sense that time seemed to stop,” Jacobson said. “My son had flown in to visit so he was able to come down and be there with me. I think anyone who has a family member that’s a teacher is also involved in education.”

Lee said Jacobson is a key contributor to the CCHS administration and helps make important curricular decisions that drive the instructional process.

“As a veteran teacher, she has embraced new ideas and changes in pedagogy in order to meet the changing needs of our students,” Lee said.

Although there are certain stationary activities and events for a teacher of the year including conferences and conventions, Jacobson said her year is about 70 percent made up of mandatory duties, while the other 30 percent is left up to her. Jacobson is leading a charge to visit every Jefferson County School, so she can celebrate all of the positive things happening in each of the schools. She said her platform for her time as Teacher of the Year is to partner with schools in different and unique ways.

“I know we’re a spiral curriculum where skills build on one another throughout the years, so I want to see what that looks like in other classrooms,” Jacobson said. “I’m not interested in playing the blame game, I’m interested in the celebration game, finding what we call best practices and trying to spread the news about those best practices.”

Jacobson knew ahead of time she’d be asked to visit a number of schools, and began to reflect on professional development opportunities she’s been offered over the years.

“I thought the most engaging professional development opportunity would be to go to another classroom and watch a skilled teacher teach what I teach,” Jacobson said. “If we’re going to spend money on professional development, I’d rather they pay a substitute so I can go to another classroom to see how a teacher does what he or she is doing, and also have a teacher come to my room so we can have that mentor/mentee relationship.”

“We can’t play this blame game, we have to work with what we have,” Jacobson said. “I want to see how schools develop through the years, how teachers implement a course of study. How do they do that, and what (resources) do they need.”

“As a little child I think that anyone in my family would have said I was destined to be a teacher, because I was constantly playing teacher,” Jaboson said.

When she was in the 4th grade, Jacobson was particularly inspired by her teacher Mrs. McNeil.

“That was the central person who inspired me to become a teacher,” Jacobson said. “She changed my thinking and my behavior in such a way that I realized the profound impact teachers can have on the future.”

By the time Jacobson went to college, she had decided to pursue a degree in clinical phycology, but a series of events lead to her moving to Japan to teach.

“I got bit by the teaching but while living in Japan,” Jacobson said.

While in Japan Jacobson got married, and she and her husband started an import/export business, where they moved to Indonesia to continue developing the business, and a short time later Jacobson and her children moved back to the United States. It was then she decided to pursue a master’s degree in education.

“I thought as a single parent it would free up part of my day, but I couldn’t have been more wrong,” Jaboson said. She thought it would be a temporary job while her children were little, but she said she became so committed to CCHS and the Clay community, that she’s never left.

“The underlying current that keeps me engaged as a teacher is the open ended nature of creating lessons that engage students in the recursive process where I’m planning lessons, doing research, being creative,” Jacobson said. “It uses all of the faculties of my mind, my being, and I have to reflect with my students to find out if it was working or not. It’s this incredibly varied nature that keeps me coming back every day.”

Outside of school Jacobson is passionate about art, with calligraphy being her favorite. She started out doing it as a hobby, and now dabbles into different types, and also consistently reads about pigment, color, art theory and graphic design.