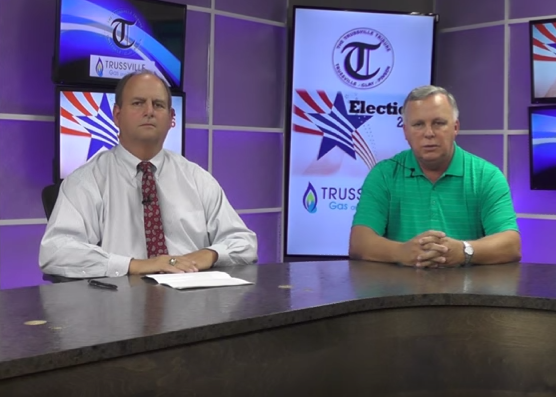 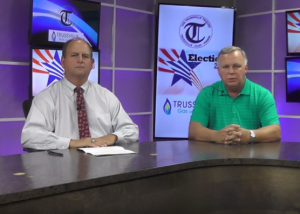 TRUSSVILLE –The salary for the mayor of Trussville will jump from $60,000 to $75,000 annually for the next administration.  The candidates seeking the office, councilmen Buddy Choat and Anthony Montalto, have combined to spend more than the winner will make next year as mayor.

Montalto has spent more than the current mayor, Gene Melton, earned in any of the 20 years that he served as mayor of Trussville. In the process, Montalto has out outspent Choat by a margin of more than 3-1.

He has received $42,547.45 in direct cash donations. Of that amount, $23,500 came from three political action committees (PAC) and out of town businesses. Two of the PACs, VPAC and BIZPAC, which contributed $12,000 and $2,500, are operated by former Alabama Power Company executives Stephen E. Bradley and Clark Richards, respectively. HAWK PAC contributed another $2,500. Out of town businesses gave $6,500.

The bulk of his in-kind contribution consisted of $11,059.03 was from the National Association of Realtors in Washington D.C. for advertising.

Following the election, Montalto will have a window of opportunity to raise funds to retire campaign debt. Any contributors donating for that purpose will not be reported until after the election.

Choat received  $23,926 in direct cash donations. Of that amount, $2,075 came from a PAC and out of town businesses. That amount includes $1,000 from the Alabama Development PAC which is based in Birmingham and four out of town business that contributed a total of $1,075.

The largest in-kind contribution which was $676.54 came from Molly Flournoy for advertising.

The runoff election between the two candidates is Tuesday. The polls will be open from 7 a.m. until 7 p.m.