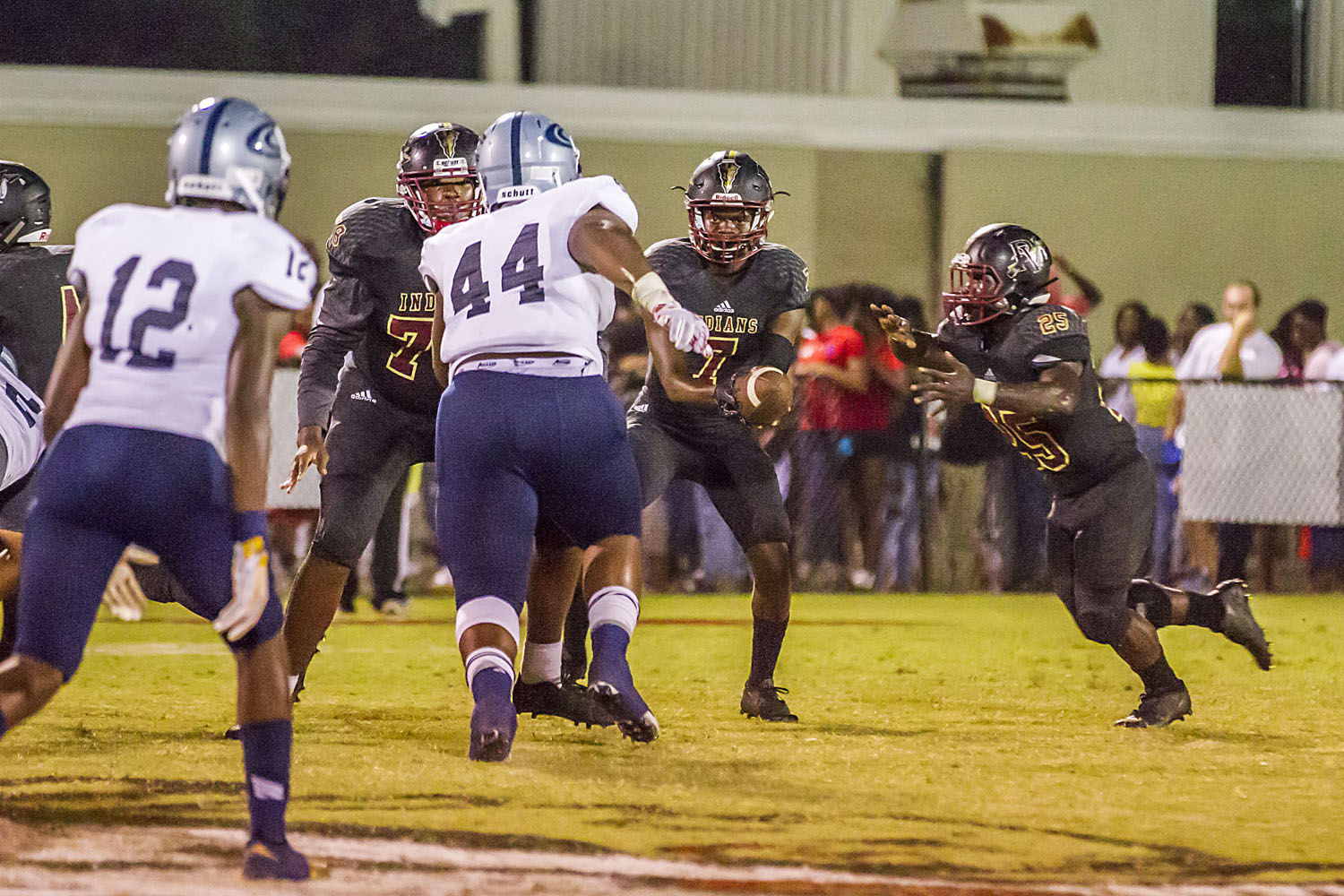 PINSON – Pinson Valley took on a challenging early schedule and survived it. Now, after an open date, the Indians (4-2, 2-1 Class 6A, Region 6) are ready to make a stretch run to the playoffs.

Winless Center Point is up next, Friday at Willie Adams Stadium. Then comes a critical game at Gardendale, followed by another region game with Carver. The regular-season finale is a non-region game with Pleasant Grove.

The Indians sit behind Minor (4-0) and Clay-Chalkville (3-1) in the region, but they own the tiebreaker with the Cougars thanks to the 21-14 double-overtime win on Sept. 9. They lost to Minor, but a Cougar win over Minor – if the Tigers, Cougars and Indians all close out with one loss apiece – would kick in the exhaustive tiebreakers to determine who wins the region, and also who gets the second spot and a first-round playoff game at home.

Gardendale, Carver and Walker are all 1-2 and still in the hunt for a playoff spot.

Alas, Center Point is not. At 0-7 and 0-4 in the region, the Eagles are not going to make it. They are mired in a 14-game losing streak dating back to last season. With Pinson, Parker and Gardendale still to play, it seems likely that streak will continue into 2017.

Pinson has relied on a solid defense in its wins. Minor torched them for 45 points – but that’s actually the fewest points the Tenacious Tigers have scored in their breakout season under George Bates. The Indians held Clay to seven points in regulation and McAdory to eight in the season-opening win.

Quarterback Jackie Matthews has directed an offense that can be explosive, with receivers Torrey Hendrix and Liallen Dailey at his disposal, and running back Khymel Chaverst has been a workhorse in the ground game. Defensively, T.J. Rudolph has been among the standouts.