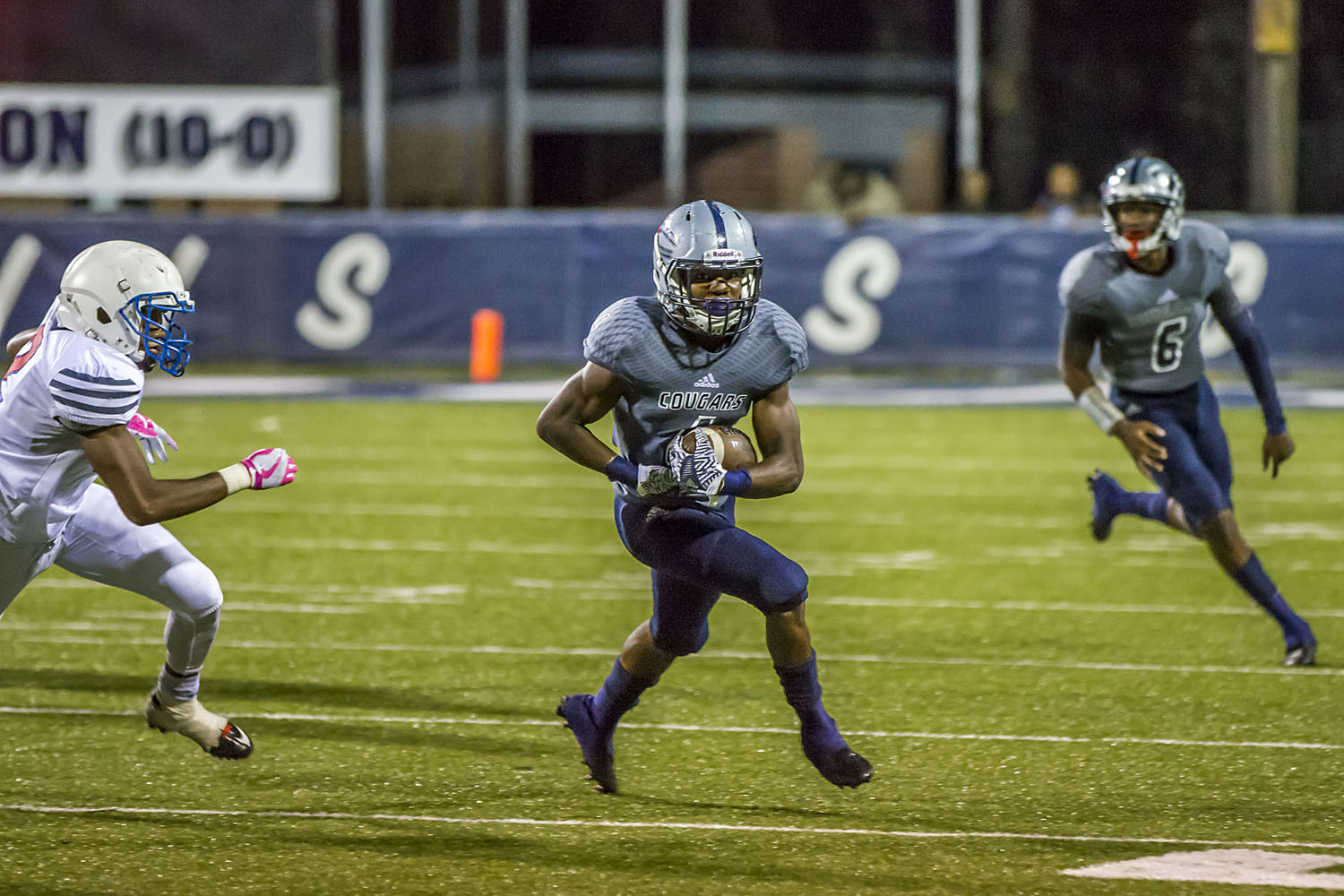 CLAY — Trailing with a little more than two minutes to go in the game, Clay-Chalkville head coach Jerry Hood knew his team needed a break. The Cougars got just that when Carver’s long snap to its punter rolled nearly the entire 15 yards, and the Cougars forced him out of bounds at the Rams’ 13 yard line. With good field position deep in the Rams’ territory, Clay-Chalkville took full advantage and punched in a touchdown with Tony Gurley to give themselves a 44-41 win in Class 6A, Region 6 play Friday night at home.

The Cougars lined up a little differently on that final punting situation, and Hood said the formation may have thrown off his opponent. 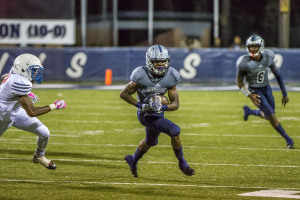 Following the go-ahead touchdown, and in what has almost become a Cougar trademark, Clay-Chalkville’s Jaylin Mack pulled down an interception to end Carver’s comeback attempt. That was the third time this season where a Cougar pick has iced the game.

Offensively, it was classic Clay-Chalkville in the first half. Sophomore quarterback Willie Miller threw four touchdown passes. He started the game 2-for-2 with a pair of touchdown tosses. His first, a 9-yard strike to Terrill Cole, and second one was a screen to Nico Collins, who then took it 68 yards to pay dirt.

The Cougars led 13-0 early, but Carver wouldn’t be so easy to put away. Quarterback Chapple Wade tossed a screen to Cam McKinney, and he took it to the house from 62 yards out to cut the lead to 13-7. After holding Clay-Chalkville to a 25-yard field goal from Drennon Mayhew, the same combination struck again. The Wade-to-McKinney touchdown pass covered 52 yards on that drive, and the Cougar lead was down to 16-14 with 7:10 left in the first half.

Miller then took over. He found Roderick McCloud for a touchdown, and added a fourth first half touchdown when he nailed Collins again to push the lead to 30-14 going into halftime.

The offensive firepower from the first half didn’t quite make it out of the locker room for Clay-Chalkville, however, as the Rams outscored them 27-14 in the second half.

Carver’s defense set the tone on the first play of the half when defensive end Tadarrius Patterson picked up a fumble and rumbled into the end zone for a touchdown. Another punt from Clay-Chalkville led to a 5-play, 40-yard drive and another touchdown pass from Wade. He found Josh Jones from 14 yards out, and that cut the lead to 30-27 after a failed 2-point conversion.

With 5:24 left in the 3rd quarter, the Rams scored once more, a pass from Wade to Marcus Davis. Carver scored 20 unanswered points to start the second half in less than seven minutes. 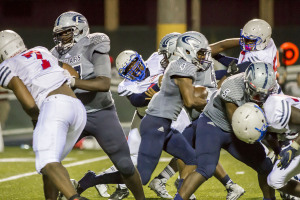 After turning the ball over on downs, Clay-Chalkville finally mustered up a defensive stop, and forced a Rams punt. The Cougars then went to a hurry-up, no-huddle offense and Nick Jones carried the Cougars on a 10-play, 77-yard drive. The running back had the majority of the yards on the drive, and capped it with a 1-yard run.

Carver wasn’t going away, however.

The Rams returned the ensuing kick all the way to the Clay-Chalkville 10-yard-line, and Wade finished the drive with a 5-yard run.

The two teams traded punts the until the Cougars were able to find the end zone with Gurley to give them the final advantage.

Hood told his team he was proud of the way they battled, and reminded them they have given themselves a chance to win another region championship next week.

Clay-Chalkville will travel to Minor in a game that will decide the region champion, and that’s something Hood said his team is really looking forward to.