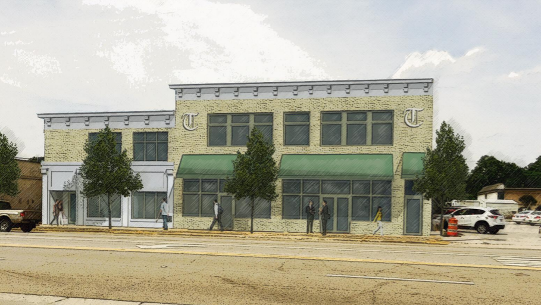 The grant program has come up in City Council discussions before, but the proposal needed minor tweaks before it could be approved during Tuesday’s meeting.

Councilman Perry Cook, who is one of the council liaisons to the Trussville Downtown Redevelopment Authority, said the goal of the grant program is to encourage business owners to improve their building frontage and streetscapes, consistent with the downtown designs that have previously been established.

During annual budget hearings, the council appropriated $50,000 for the program. Applications will be accepted through January 1, 2017, but should the program have success, it will be continued.

“Each property owner can bring plans forward and design review has the final say,” Cook said. “They can apply one time per year, and once they go through the procedures of the grant program, they can’t come back for three years to do anything else to that particular building or property.”

Freeman said any business that would like to apply should contact RDA to get a copy of the grant application, and upon completion, also submit a drawing or sketch of what they’d like to do to their building. After the plan will be submitted to design review and planning and zoning, and finally the business will go in front of an RDA committee for approval.

Freeman said what each business will be awarded will depend on what is being done to the building and the value that RDA sees in the enhancement, but business owners can always submit for another grant should the first not be approved.

“We’ve been contacted by several downtown business owners already, we’re excited about that,” Freeman said. “I think it’s going to be a good program to get things going.”

Freeman said he speculates the process to award grant money could be as soon as 90 days from submission.

“The committee of people will be familiar with the program and the design efforts we’d like to see,” Freeman said. “It should be a fairly quick process.”