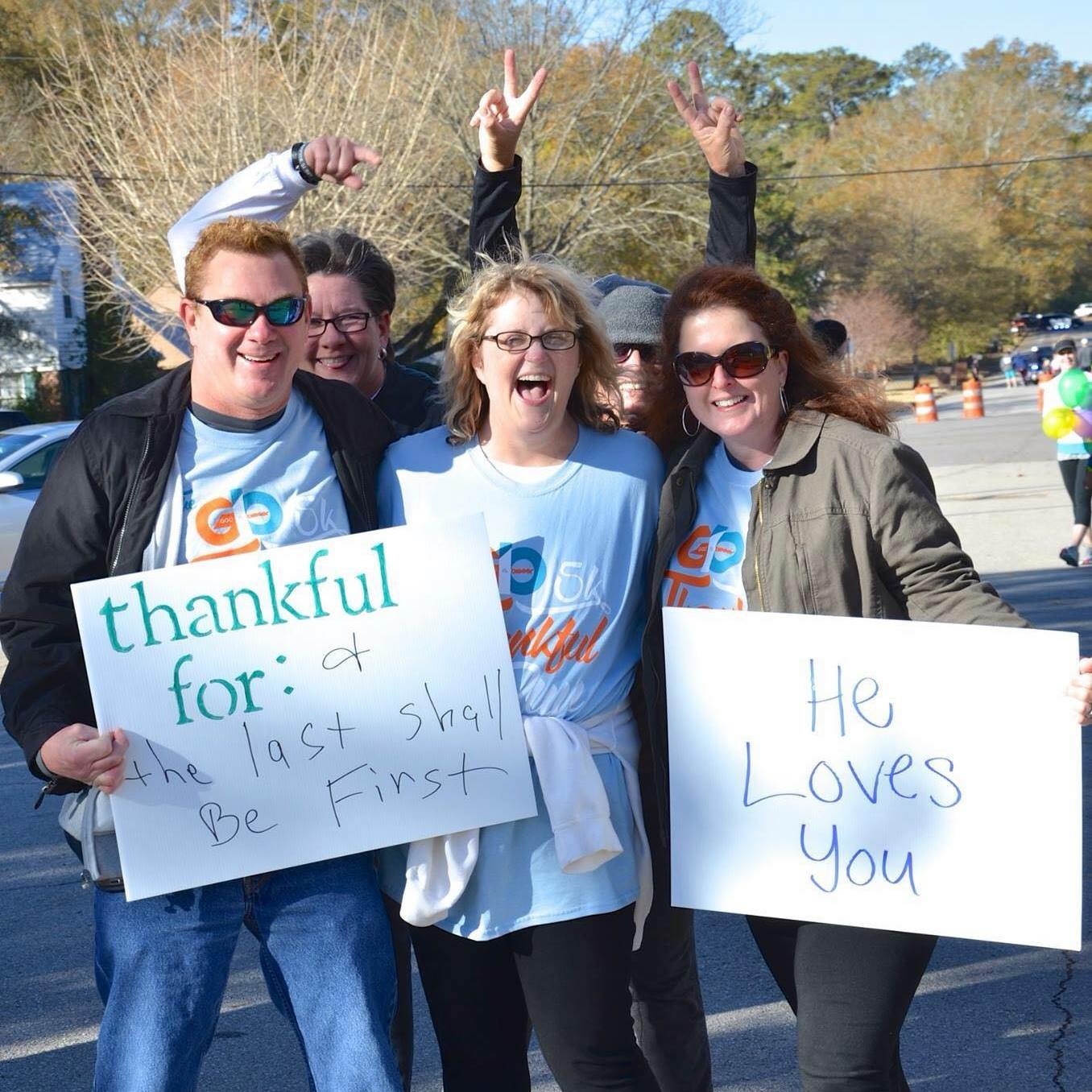 TRUSSVILLE – The second annual God is Bigger Thankful run will take place November 19, with the sole purpose of raising funds to purchase more merchandise and continue to spread the movement globally.

“We do it right before Thanksgiving so we can say what we’re thankful for every year,” Rachel Shaneyfelt, founder of the God is Bigger movement, said. Shaneyfelt was in her first year of clinical rotations for nurse practitioner school when she started experiencing shortness of breath. She soon found out she had mesothelioma, a rare, asbestos-related cancer that forms on the thin protective tissue that covers the lungs and abdomen. An estimated 3,000 cases of mesothelioma are diagnosed annually in the United States, the majority of which are formed from job-related exposure to asbestos. 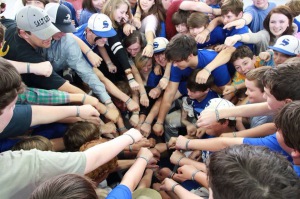 “It can lie dormant for 10 to 40 years before it raises its ugly head, and it only takes a small particle,” Shaneyfelt said. “You don’t have to be engulfed with asbestos to get mesothelioma. I don’t know where I actually got it.”

The movement started out with Shaneyfelt making t-shirts as a practical joke, and has transitioned into grey silicon bracelets, which have gone global.

“The purpose of the run is to give people a platform to say they’re running for the Lord, but also to raise money to purchase more product, because we give away more product than we sell,” Shaneyfelt said.

Shaneyfelt developed a challenge for her small group after ordering the first batch of 1,000 bracelets, asking members to give them away to a complete stranger. Within one week, they had all been given away. Now, she orders bracelets 50,000 at a time. People have been gifted bracelets all over the world, including locations such as Croatia and Romania.

“It’s totally amazing to me what me and the Lord have been through,” Shaneyfelt said. “Everywhere in the Bible I’ve read there’s action behind your faith, that’s why we do the 5K.”

Shaneyfelt also extended her thanks to members of the movement that have made the effort possible, including Kim Whitaker, Leah Wilson, Stacey Reed,  Kerry Bradford, Kevin Bradford Bill McNabb, John Buck and Lauren Swee.

The run will begin at the Trussville tennis court pavilion. Registration for the 5K is and the one-mile fun run is . All participants who register before Halloween are guaranteed a t-shirt. Click here to register.