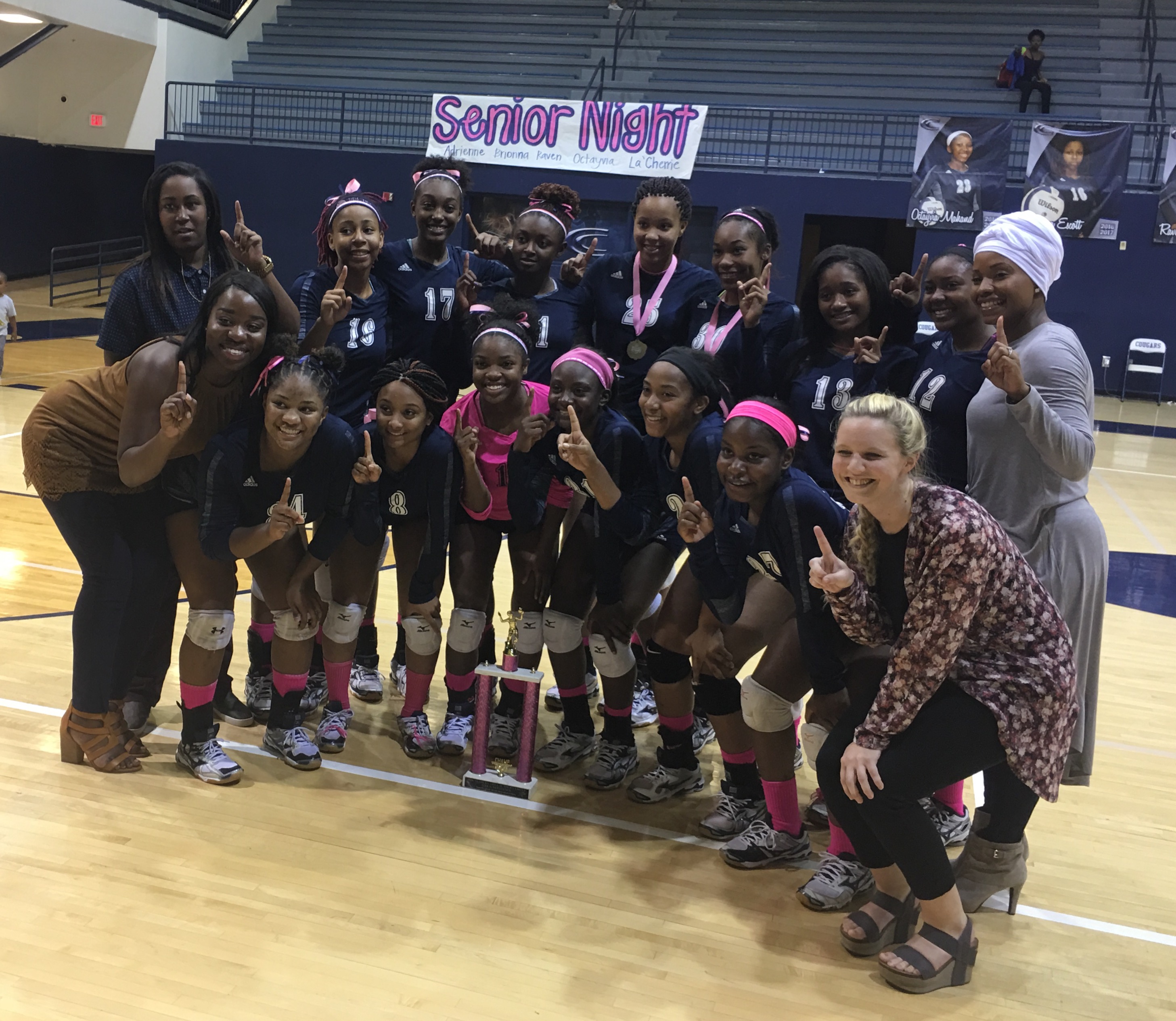 CLAY – Led by the play of Mekaila Hill and La’Cherrie Harris, Clay-Chalkville knocked off Gardendale 3-1 in the final of the Class 6A, Area 12 volleyball tournament at Clay-Chalkville on Tuesday.

Clay advances to the Super Regional at Huntsville on Friday. They will face Austin at 11 a.m. at the Von Braun Center. Gardendale also advances to Huntsville.

“I feel good,” Clay-Chalkville coach Natasha Brown said. “I’m excited. It was a hard-fought battle. It’s been a challenging season, but overall they showed up and performed well at a high-energy level. They looked good and I’m confident heading into Friday’s play.”

Brown added that it’s a must to get the ball to Hill and Harris, the team’s leading scorers, and they did that in both of Tuesday’s matches, a 3-0 sweep of Pinson Valley and against Gardendale.

She also praised setter Jewel Mealing. “Without her, we do nothing. She’s the quarterback of the offense. Raven Omar, my libero, runs the defense. We need everybody.”

Brown was mostly pleased with her team’s ability to put mistakes behind them.

“When we communicate and play with high energy we perform well and when we regroup after errors, we’ll be fine,” Brown said. “Make a mistake, forget about it and move on.”

Gardendale advanced to the final by beating Center Point 3-1.