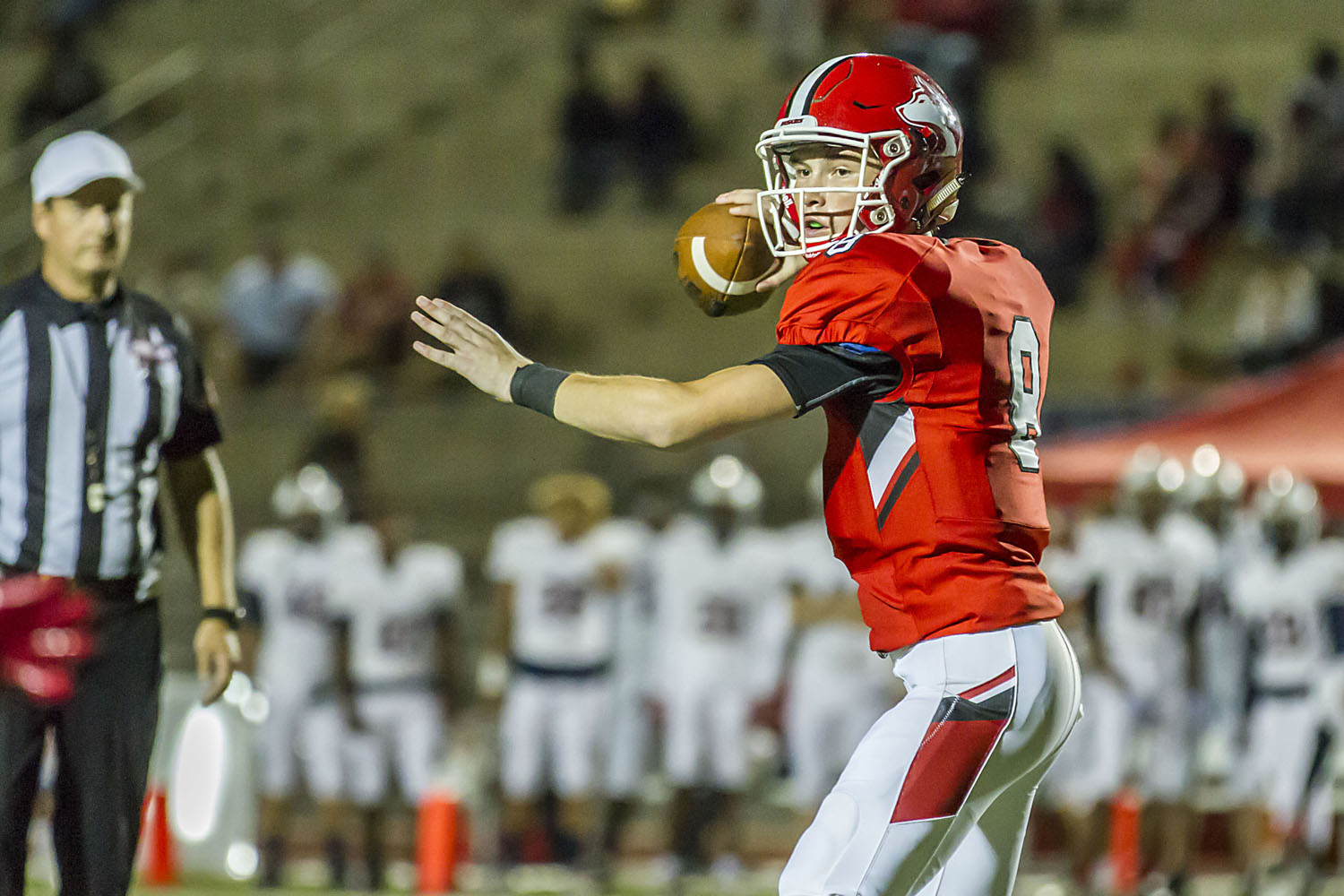 History in making for Huskies in region title showdown

TRUSSVILLE – History can be made Friday night for Hewitt-Trussville.

The Huskies have started two other seasons 9-0 – 1986 and 1987. They lost their regular-season finale both times.

A win Friday would give Hewitt-Trussville its first 10-0 regular season. The most games Hewitt has won in a season was 12, in 1992 when the Huskies went 12-3, losing in the Class 6A state championship game to Robert E. Lee 14-0.

A win Friday would give the Huskies their first region title in Class 7A and first in any class since 2008.

They held Clay-Chalkville to its first touchdown-less game since 2008 in a 28-6 win. You may recall the Jets shut out the Huskies 22-0 last season.

They feature Kyriq McDonald at cornerback and on special teams, and occasionally at wildcat quarterback. LaBryan Ray, a 6-foot-4, 265-pound defensive end, is perhaps the best player in the state. He’s uncommitted. Monty Rice, a 6-2, 230-pound linebacker, has SEC offers.

So how did this powerhouse defense lose to Gardendale? How did they struggle to a 21-14 win against Buckhorn last week?

Frankly, their offense isn’t equally as good as its defense. They have a first-year starter at quarterback in Jamil Muhammad. They have a solid bruiser at running back, Bradley Belt. But they’re most dangerous when McDonald plays wildcat. The Jets rushed for 159 yards last week, but Muhammad was just 4-of-11 for 118 yards. Belt got to 60 yards but it took him 18 carries to get there.

The Jets have been one-dimensional, and that’s where the Huskies have to think they have an edge. But the Jets are explosive on special teams and can turn turnovers into points.

The offensive line will have to protect Connor Adair, who was 18-of-26 for 246 yards and four touchdowns last week against Huntsville. The attack will have to be balanced in all ways, through the air, with the inside and outside running game, and take care of the football.

If they do that, we could witness history as it happens.