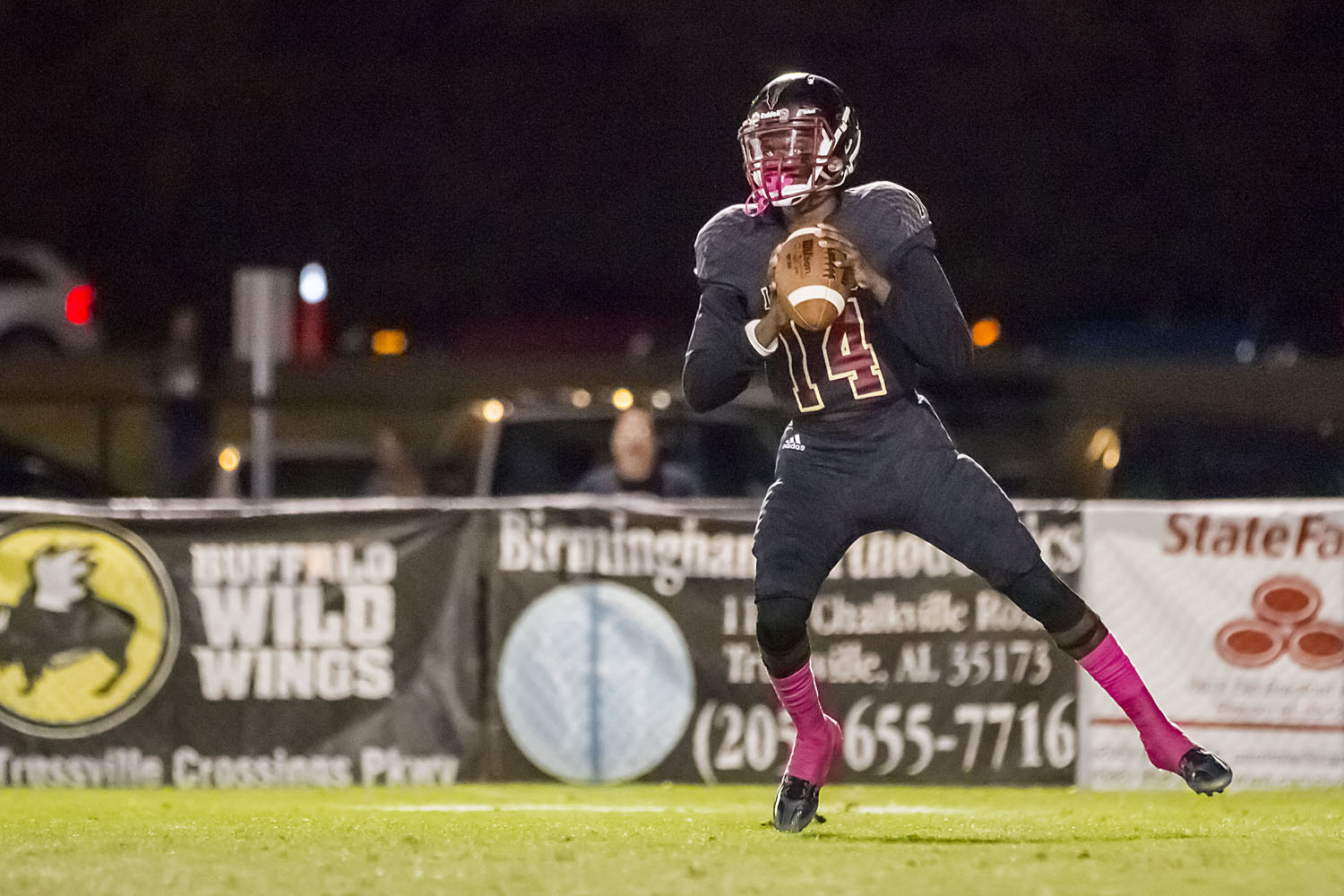 PINSON — Pinson Valley clinched a spot in the playoffs with a 21-14 win against Class 6A, Region 6 foe Carver.

“It’s been our goal all year,” said head coach Matt Glover. “Hopefully we can make some noise when we get there.”

The Indians were led once again by running back Khymel Chaverst. Chaverst finished the game with 189 yards and three touchdowns. “I’m really pleased with the way he ran the football,” said Glover after the game.

It’s another big performance by the junior, and it couldn’t have come at a better time for the Indians.

Carver received the opening kickoff, but went three-and-out. Pinson also went three and out and Carver would receive the ball at there own 31. A few big gaining screens set up a fourth and 3 at Pinson’s 32. The screen from QB Chapelle Wade would be completed to Joshua Jones, but he would be tackled short of the line to gain.

Seven plays later Chaverst would break off a 36-yard rush and would follow with a 9-yard touchdown. He would gain all of Pinson’s 70 yards on the drive.

Another Carver three-and-out would lead to Chaverst turning one in from 1 yard out to make the game 14-0.

Carver would try again on fourth down, falling short at Pinson’s 44-yard line.

Three plays later Chaverst was back in the end zone on a 29-yard carry to push the lead to 21-0. He would finish the first half with 113 yards rushing and three touchdowns.

Carver’s third three-and-out gave Pinson the ball with 50 seconds left until halftime. Saul Rios would miss a 48-yard field goal as time expired but Pinson Valley would go into halftime up 21-0.

The dynamic of the game would change after Pinson’s first drive of the second half ended on a stuffed fourth and 1 attempt. A 44-yard pass from Wade to Cameron McKinney would set up Carver’s first points of the game, a screen for 9 yards from Wade to D’Anthony Threatt. The extra point hold was bobbled and Pinson recovered the ball to leave the score at 21-6.

The Carver defense would settle in, forcing a three-and-out and giving the ball back to their offense at midfield. A few plays later and Wade would find pay dirt on a 6-yard QB keeper. The two-point conversion would be successful as Wade found Kenneth Miles in the back of the end zone to make it 21-14.

Another Pinson three-and-out would set up Carver nicely to possibly tie the game, but a few penalties forced a three-and-out of their own.

Pinson would fall on the receiving end of penalties on the next drive, and would have to punt on fourth and 31.

Carver would have three minutes to drive down the field and tie the game, and the drive would start with a long 40-yard pass from Wade to LeQuan Callen. Carver would have first-and-goal from the 10. A few nice plays and penalties would set up a crucial fourth and 10 with one-minute left. Wade’s pass would sail out of the side of the end zone and Pinson would gain possession. A few Chaverst first down runs and the game would end 21-14. “That was the biggest drive of the football game,” said Glover.

Wade was 19-of-27 for 200 yards for Carver. He also ran eight times for a team–high 83 yards. Cameron McKinney led the Rams in receiving with 59-yards on two catches.

Pinson Valley will play host to 5A Region 5 team Pleasant Grove (4-5) next week.