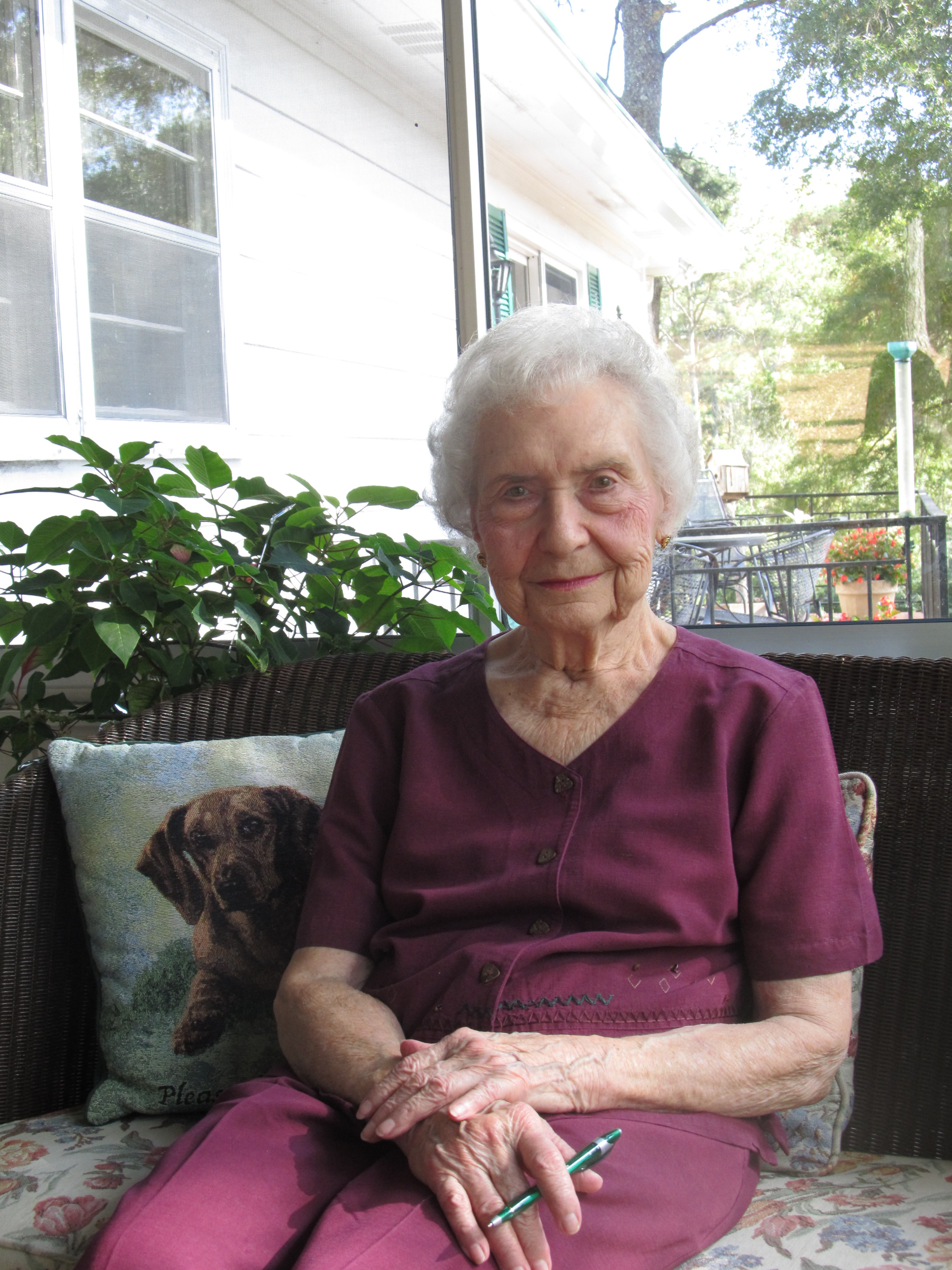 The Clay native was training with the U.S. Cadet Nurse Corps, a three-year government program that was created to meet a shortage of nurses during World War II.

“Women were going to work, people were getting hurt in wartime injuries,” Crawford said. The Corps began in 1943 and began training nurses under the supervision of the United States Public Health Service.

Crawford graduated High School when she was 16-years-old and began working to start a career in medicine.

“Well, I wanted to be a doctor,” Crawford said. Encouraged by her father, Crawford spent a year at Birmingham Southern College, where she was one of two women in the Pre-medicine program.

At the time, the Air Force was using the on-campus dormitories, which meant that she and the other students had to live off-campus.

“I caught a Greyhound bus here, I took it all the way to town, then I caught another street car and rode over all the way to Birmingham Southern. I did that going and coming,” Crawford said. “It was very hard. It was very expensive, too.”

When the age to enter nursing school was lowered to 17, Crawford chose to join the Corps with her parents’ full support.

“It still amazes me that they let me go right on off into three years and leave home,” Crawford said. “I know it was bad, but they never uttered a word, and they encouraged me, and they wanted me to do something.”

In 1944, Crawford moved into the dormitories beside West End Hospital. The girls lived two to a room, with no furniture but their beds and a strict set of rules to follow.

After five months of classes, the students began taking shifts on the hospital floor in addition to their studies. Long hours in classes and serving shifts often had them studying after lights-out in the closet.

“And that was your life for three years,” Crawford said. “I say that I got a great education, and it was free, but I really worked for it.”

Crawford received her license in 1947 and has kept it updated ever since.

“You’re required to have 24 CEU (Continuing Education Units) hours a year, and supposedly last year… I was the oldest nurse that’s registered in the state of Alabama,” Crawford said. She also went on to receive several certifications from the University of Alabama-Birmingham.

Through extensive research, Crawford has worked to preserve the history of the Corps. She has compiled her research, as well as her personal experiences, into a presentation, and she encourages people to share what she has learned.

“I appreciate people spreading the history, because that is something that’s about to be lost,” Crawford said.

Those experiences, followed by 50 plus years as a nurse, gave Crawford a chance to watch the medical field change.

“We had a lot of great experiences. During that time, I’m convinced the nursing was really your hands-on, because that’s what helped get people well,” Crawford said. “You had basic drugs that you used and that was it, so a lot of it depended upon care, hand care.”

From the first penicillin shot that she gave to the transition into computerized record-keeping, Crawford watched a lot of changes occur, not all of which were for the better.

“Our administration worked with the nurses, and of course it was a smaller area to work with, but I don’t see that now,” Crawford said. “We’ve gone to business rather than more of human interest and care.”

But the change that struck her the most?

“I think the main thing that’s changed is that they quit wearing nurse’s caps. I don’t like that,” Crawford joked. “I love my nurse’s cap.”

Crawford has passed her love of caring for others down to her granddaughter Sarah, who is now a nurse at St. Vincent’s East.

“It’s kind of in our blood. My mom’s a nurse, too, and it’s always just been such a good career choice,” Sarah said. “And I saw what experiences my grandmother had and my mother had, and I wanted those same ones.”

When asked if she ever regretted her career choice, Crawford answered immediately. “No. Never.” While she admitted that she would have become a doctor had circumstances been different, she never reconsidered her choice to join the Corps.

“I never questioned that,” Crawford said. “I never thought one minute about coming home.”

And the day that World War II ended? Crawford spent it with her patients.

“I was still in nursing, and I was on the fifth floor, and everybody went to Birmingham to celebrate on the day it was over with,” Crawford said. “But I didn’t get to go, because I was on duty.”