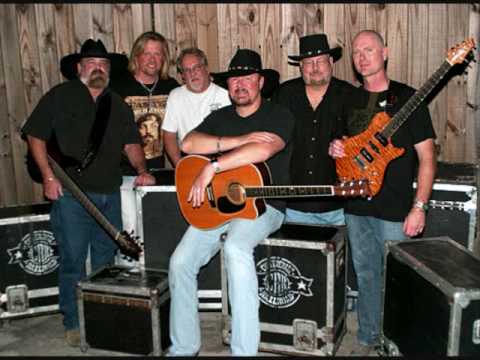 Any of these words could describe Confederate Railroad’s musical style, but in reality the band has seen success with a wide range of music. Perhaps that is why almost 25 years later, the band is playing more than 100 shows per year.

One of those shows will be this Saturday when the country rock-and-rollers come to Clay and headline the first ever Clay Fest.

Lead singer Danny Shirley will bring six of his closest friends to Clay to incite a party to what is sure to be a large and excited crowd. Among those friends will be lead guitarist and Argo resident Rusty Hendrix. Hendrix has been with the band since 2008, and played on the band’s two most recent albums.

Shirley knew his fate was country music long before Confederate Railroad hit the mainstream scene in the early 1990s. He and his band had been together for around a decade as a house band and backup band to country stars Johnny Paycheck and David Allan Coe when the record deal came along.

When the band put out its self-titled album, the response was incredible. Launching their career among the time of artists like Diamond Rio, Little Texas, Tim McGraw and Billy Ray Cyrus, the band needed to find a way to stand out. Their first single from the album “She Took It Like a Man” hit the Top 40 charts, but more than that it showed the world what Confederate Railroad’s music was going to sound like for the next 25 years. Shirley said having a sense of humor was vital to making music. With songs like “White Trash with Money”, “Trashy Women” and “Daddy Cut the Big One” it’s easy to see Shirley and his guys like to cut up.

“I don’t know how people get through life without one,” Shirley said. “I couldn’t imagine getting on stage and singing ballads all night long. I couldn’t do a whole show of that, either, but I like to throw it in there.”

Along with the humorous lyrics, however, Shirley knew being versatile was important to long term success. The band’s next single “Jesus and Mama” charted in the top five, and was nominated for awards in Christian music circles.

“The music is really versatile. We’ve always had a wide range of fans, even people who weren’t born when our first album released will be at a show singing every line,” Shirley said. “There’s something about the music that struck a chord, and something about it has sustained the test of time.”

Versatility has proven to be the reason for the band’s success, and with the new album that released earlier this year entitled “Lucky to Be Alive”, it shows — even if it wasn’t meant to be that way.

“Some of the stuff I wrote on this album I didn’t intend to be Confederate Railroad music,” Shirley said. “There’s a few songs on there that are a little different. There are a couple of love songs — which I try to stay away from — and a bluegrass song.”

When Shirley started the new writing music, he was actually intending to pitch the songs to some of today’s country artists who he has come to know through the years. Instead, a friend at Sony records heard he was writing, and asked him to cut a new Confederate Railroad album.

The title track has been cut by other artists, including Justin McCorkle — son of Marshall Tucker Band’s George McCorkle.

But this project has been lauded as one of the most complete albums in the history of the band, and Shirley thinks it can be something both vintage Confederate Railroad fans will love, but also new fans who may not know the older songs.

“I’ve been doing this for a living for 40 years. To see people still coming to our shows to this day, and to get a record deal with Sony. It’s unreal,” Shirley said.

Clay Fest is from 12-4 p.m. at the Clay Ballpark. Parking will be available offsite.