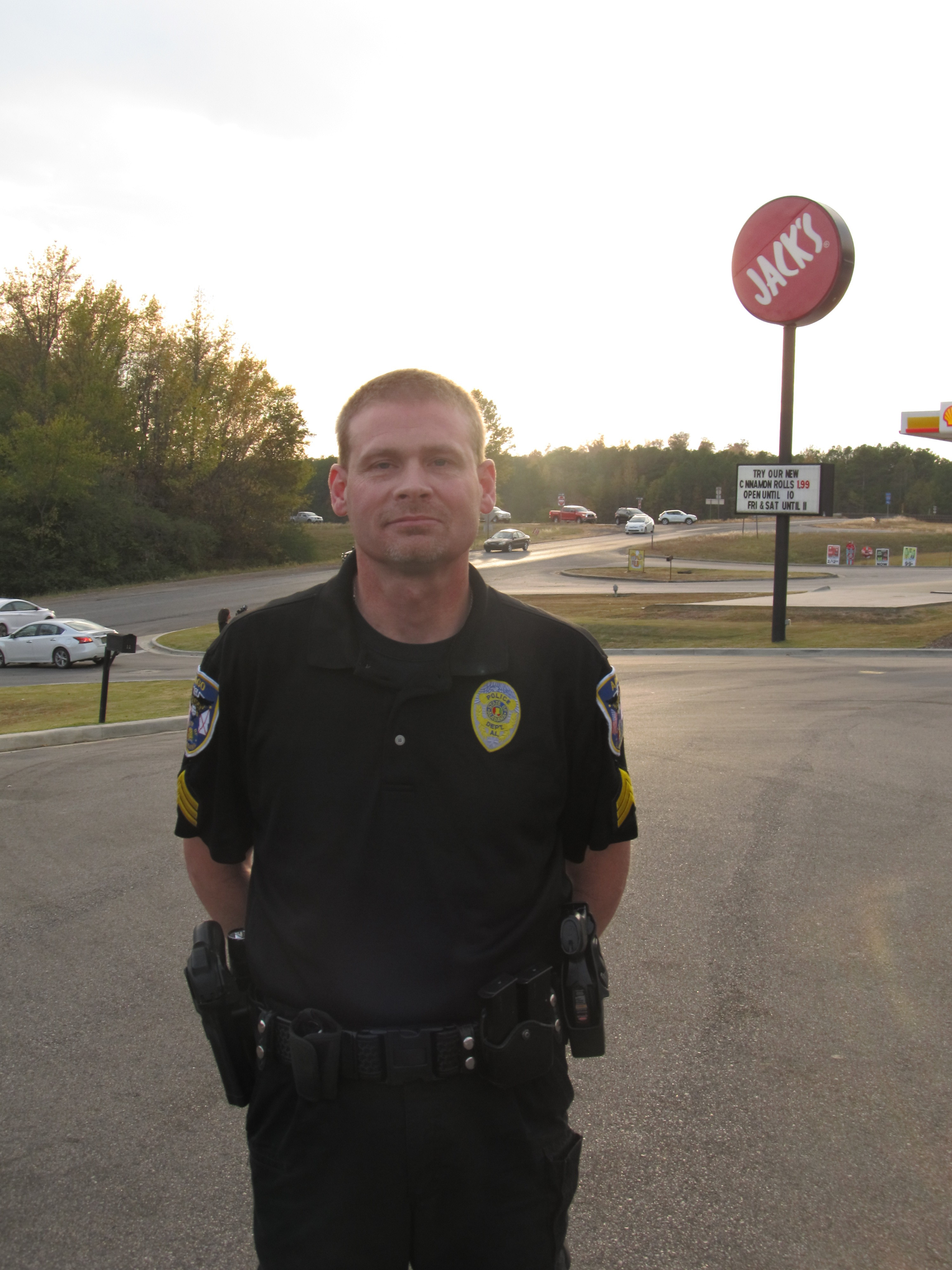 ARGO – Sgt. Mike Jennings of the Argo Police Department is thankful that he was on duty when the calls came in. Both came in the early hours of the morning, both involved roadside deliveries and both happened within days of one another.

The first call came in on Thursday, October 20, when a couple coming from the Gadsden area were forced to pull over. Jennings arrived in time to offer support to the new parents until the paramedics arrived.

“She did most of the work at that point, we were just standing there looking silly,” said Jennings, who responded to the second call at around 1 a.m. on Tuesday morning. This time, he performed the delivery of a baby boy in the parking of lot of Jack’s.

The experience wasn’t an entirely new one for Jennings, who has performed three in-ambulance deliveries during his time as a paramedic. It was, however, a little more stressful.

“It was different being on the side of the road and not in a controlled setting,” Jennings said. “The other three births were in the back of an ambulance. Very controlled. This, I had no gear or no anything, so it was a little more nerve-wracking. But it was still a great experience.”

Because of his previous experience, Jennings was happy to be able to respond to both scenes.

“It wasn’t the perfect venue for them, but it happens,” Jennings said. “Luckily enough, they had somebody with a little bit of experience, which calmed the mothers down, I believe.”

As a father of two, Jennings made sure not to take all of the credit.

One of the mothers, who wished only to be identified as Emily, extended her thanks to Jennings and the rest of the responders for their quick response and comfort.

“Just the support and everything was great,” Emily said. Both she and her baby girl are doing well.

For Jennings, it was an opportunity to show the community that he and the rest of the Argo Police Department are happy to serve.

“I like the positive outlook for police,” Jennings said. “This is what we do. We serve the public like we’re supposed to, and that’s what I feel like policing is all about.”