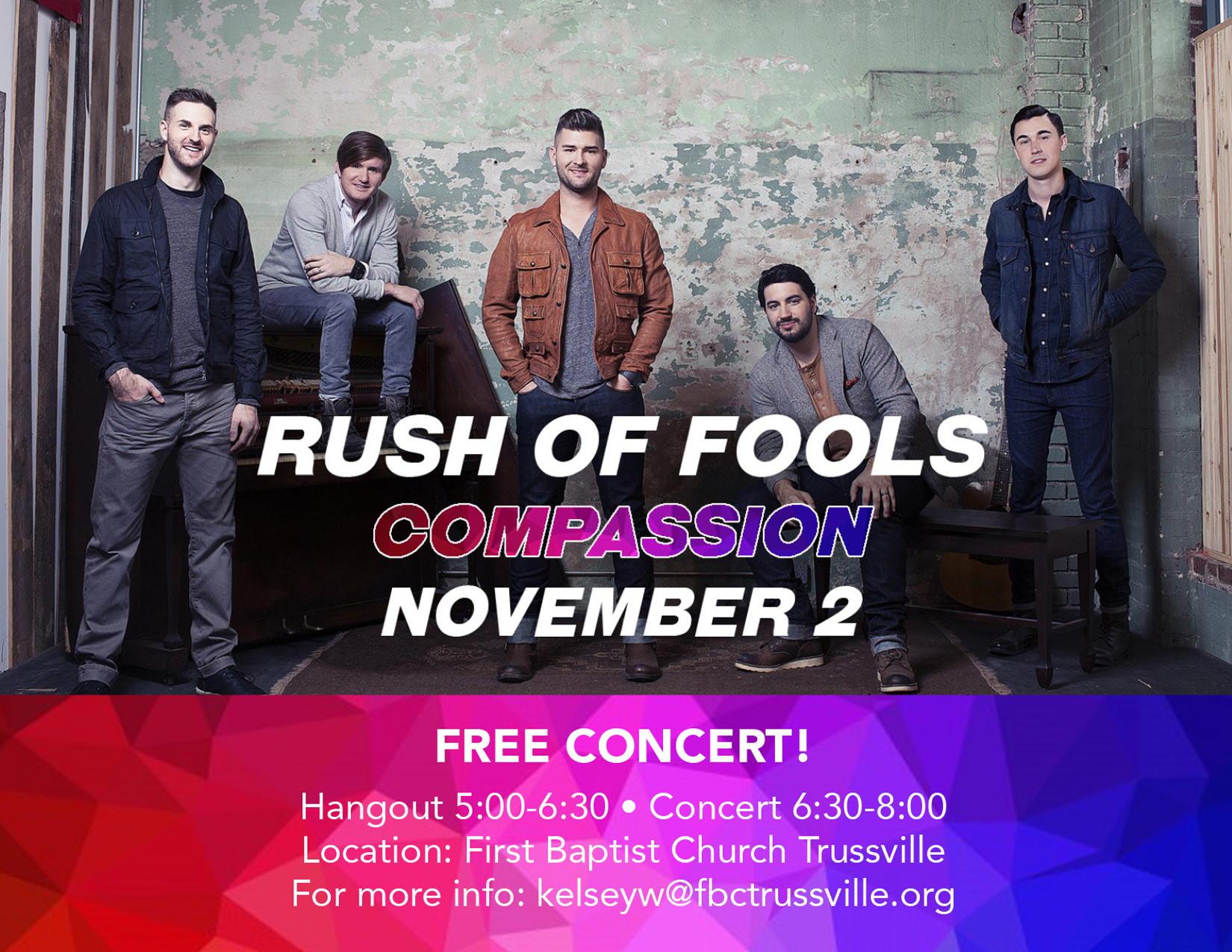 TRUSSVILLE – Birmingham natives Rush of Fools will be putting on a free concert at First Baptist Church Trussville on November 2.

Prior to the concert, 6-12 graders are invited to a hangout at the church, which will include dinner, as well as drinks and candy available for purchase, beginning at 5 p.m. The concert will follow from 6:30-8 p.m.

“They’re kind of becoming a big deal in the Christian contemporary world,” Kasey Summers, student ministry associate, said. “All youth groups in the area have been invited to attend.”

Rush of Fools was formed in 2005, when the band began traveling as a worship band and writing songs together. The band’s first album was released in 2007, and shortly after, they started hearing their songs on the radio.

The band has released four full-length albums, including “Carry Us Now,” “We Once Were,” “Wonder of the World” and “Rush of Fools.”