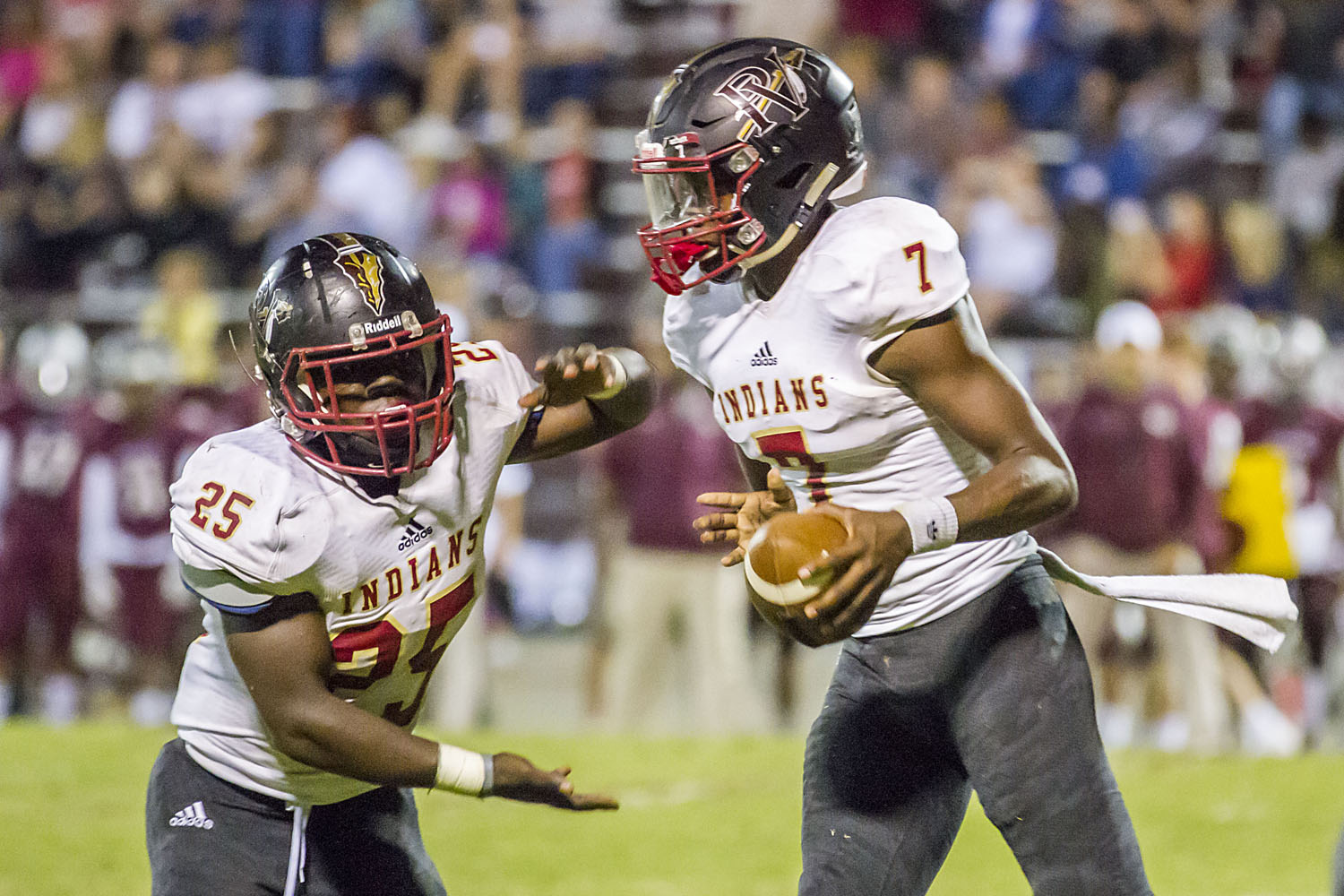 PINSON – The three-way tie for second place in Class 6A, Region 6 won’t officially be broken until Friday night, but that’s not really on Matt Glover’s mind. The Pinson Valley coach has a game plan to put together.

Gardendale, Pinson Valley and Clay-Chalkville are each 4-2. Gardendale beat Pinson but lost to Clay. Pinson beat Clay but lost to Gardendale. Clay beat Gardendale but lost to Pinson. So head-to-head decides nothing. In fact, all the “conventional” tiebreakers the Alabama High School Athletic Association uses won’t break the tie – and this is often the case in three-way ties – until we move down to “Tiebreaker L.”

That tiebreaker uses the number of wins each team has over its defeated non-region opponents. So, at this moment, Gardendale picks up 15 wins from the non-region teams it beat – Muscle Shoals (4), James Clemons (6) and Pell City (5). It gets none from its fourth non-region game, because the Rockets lost to Chelsea. Each of those teams plays Friday, so Gardendale’s total could go up, even though the Rockets are done.

Clay-Chalkville has Florence (2) and Bessemer City (6) for 8 points. Bessemer City has a game against Huffman, but Florence is done. So the most the Cougars can get is 9 points.

If one of Gardendale’s beaten non-region teams wins, it’s over. The Rockets will be the second-place team and get to host a playoff game. Pinson needs to beat Pleasant Grove AND have McAdory and Shades Valley win AND all of Gardendale’s non-region teams to lose. That would be James Clemons losing to Austin, Pell City losing at Helena, and Muscle Shoals losing at 4A Deshler.

If Gardendale does win the tiebreaker, the system goes back to square one to select the third and fourth teams from the remaining tied teams. That’s head-to-head play, and Pinson beat Clay. So the Indians would be third and the Cougars fourth.

The only way Clay-Chalkville moves up is if Pinson Valley wins the tiebreaker. Clay beat Gardendale, so Clay would be third. Either way, the Cougars would travel.

“You want to host a playoff game,” Glover said. “And we should have a home playoff game …”

The Indians suffered some tough breaks, and unusual calls, in losses to Gardendale on the final play, and against Ramsay. But Glover chooses not to complain.

“We’re just happy to be playing another week,” he said. “Really, 2 and 3 in (Region 5, which Region 6 matches up with in the first week of the playoffs) is like our region. The 1 is really good and the others on any given night could beat any of the others. Minor is head and shoulders over the rest in our region and Ramsay is head and shoulders over everybody else in Region 5.”

Should it stand Minor, Gardendale, Pinson and Clay, The Tigers would host Homewood and Ramsay host Clay. Gardendale would get Hueytown and the Indians get Jackson-Olin. The Golden Gophers and Mustangs tied at 4-3 in the region, but J-O won head-to-head, giving it the No. 2 spot.

Friday, Glover thinks his team will rely on what it’s done best when it’s been successful.

“Games we’ve played well in, our offensive and defensive lines have played well. The O-Line has blocked well. Khymel Chaverst has really run the ball well, topped 1,000 yards for the season last Friday against Carver. And ball-security has been very good after the first couple of games of the season.”

Chaverst scored all three touchdowns in a 21-14 win over Carver that sealed the Indians’ spot in the playoffs.

Though the team lost receiver Jamyren Drake at the beginning of the season, slot receiver Torrey Hendrix against Gardendale and then lost offensive lineman Andre Thomas, the team is fairly healthy. Thomas was injured in a freak incident at practice before the Carver game, but freshman Donnie Hawkins stepped in and played well.

“That’s another thing this season: Different guys have stepped up each week. It’s been a team effort,” Glover said.

The Indians coach believes that a team from rugged Region 6 will be the representative from the North at Auburn. “I really do. And why not us? I just tell ’em if we’re practicing at Thanksgiving, everything’s good.”