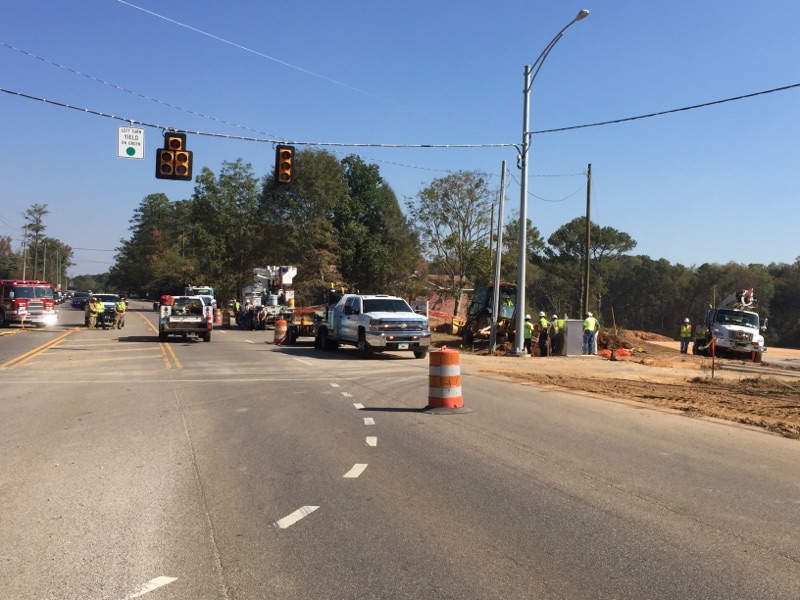 TRUSSVILLE – Highway 11 was n shut down in both directions near the Tutwiler Farm subdivision beginning around 10 a.m. Friday morning.

Mike Strength, General Manager of Trussville Gas and Water confirms a gas leak was caused during construction of Homestead Village.

Capt. Jeff Bridges with the Trussville Police Department said emergency personnel responded to the scene, but for several hours motorists were advised to seek alternate routes.

Trussville Gas and Water officials worked on a plan of action to contain the leak and Highway 11 was reopened shortly after 12:30 p.m. There was no danger to the public during the time the gas leak occurred. 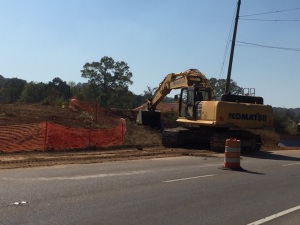 According to Mike Strength with Trussville Gas and Water, the leak is under the pictured excavator bucket.