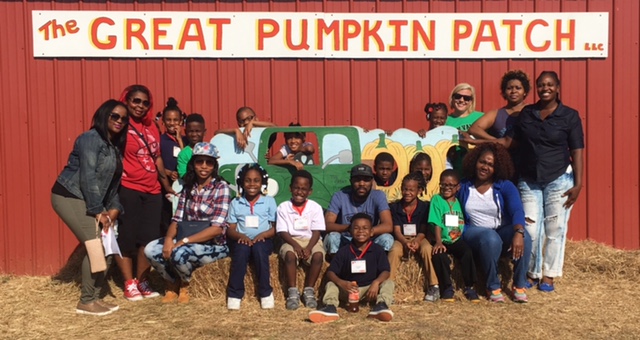 Salter, students and parents on a recent field trip.

TRUSSVILLE — Ashley Salter thinks that her students are amazing.

A teacher at Sun Valley Elementary in Birmingham since 2008, she currently teaches a second-grade class of seventeen, all of whom she describes as “awesome.” This Christmas, she is organizing a project to do something awesome for them.

For the second year in a row, Salter is organizing a drive to collect bikes and helmets for each of her students, along with three of their siblings.

“I saw that it worked somewhere else and just wanted to see if I could make it happen for my students, because I truly love my kids,” Salter said. “They’re an awesome bunch.”

Salter was inspired to organize the project when she heard of a similar drive in South Carolina. She began collecting bikes with less than two weeks left in the school year and, despite the short notice, provided bikes for every child in her class.

“The kids never knew it was me,” Salter said.

The response was surprising.

“I didn’t think that it would be that dramatic in a person’s life,” Salter said, remembering one parent who called her a guardian angel. “And it’s hard for me to imagine that it makes that big of a difference, but it does.”

Hoping to keep the tradition going, Salter started planning a little earlier this time around.

“This year I just tried again, because it was such a great thing last year,” she said. Salter set up a GoFundMe campaign, where people can contribute money to the cause, although she encourages the donation of bikes and helmets. “That’s actually a little preferable, because then we don’t have to go through the GoFundMe and pay that extra cost,” she said.

Salter, who lives with her husband and two children in Trussville, was originally motivated to become a teacher when she had her daughter.

“I actually was going to be an aeronautical engineer at Auburn, and then I had my daughter,” Salter said. “And she’s such an inspiration to me. I wanted to be the teacher that I wanted for her.”

After struggling through night school, Salter realized that she had found her calling.

“I was in a program at UAB called UTEP, which is Urban Teacher Enhancement Program. And from that, I knew that I wanted to teach an inner-city school, because I felt like that was where I could make the most difference,” Salter said. “I’m just gonna try to do it for as long as I have the love for it.”

Salter hopes that the bikes will be a blessing both for the students and their parents, all of whom she has loved working with.

“A lot of them go through things that you or I wouldn’t have to go through,” Salter said. “And so, I think this is just one way that I can help out and do something.”