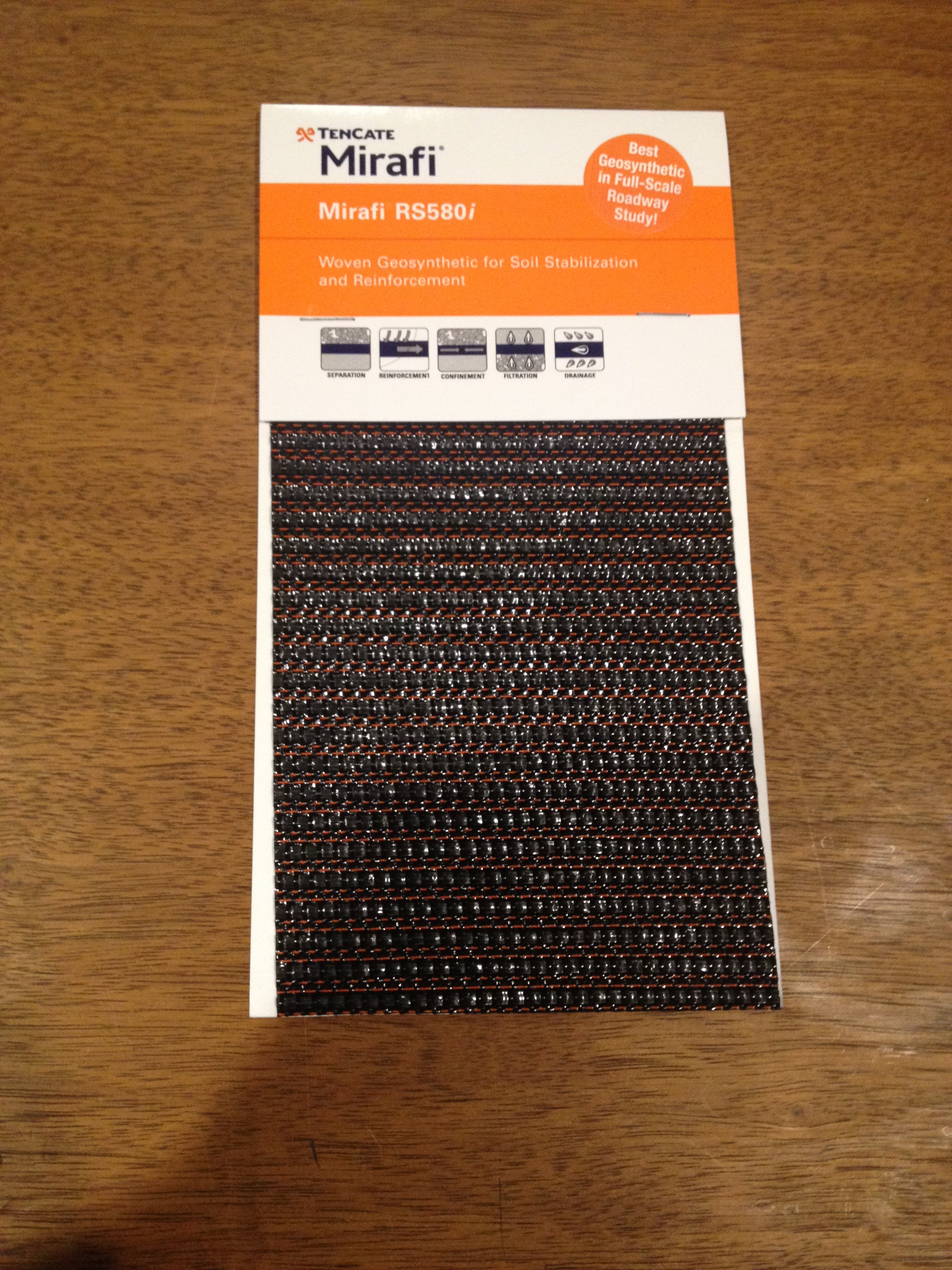 Incorporation of geosynthetics could save ALDOT millions on road improvement

TRUSSVILLE – The Highway Trust Fund is something many have heard of, but few know of how it affects them.

The Federal Government passes legislation in the form of funds in Departments of Transportation around the country. According to Todd Anderson, vice president of sales and marketing for TenCate, the bills were previously short term, which made it difficult for states.

The extension is a four-year, $305 billion dollar project, but states like Alabama are forced to raise gas taxes to support road projects that the government can’t cover. Because of this, companies like TenCate are looking for alternative solutions to save money and make the roadways more durable in the process.

“Last December Congress passed and the president signed a longer-term bill,” Anderson said. “That’s where our products come in. Taking those (transportation) dollars, which are limited, and figuring out how do you spend those billions of dollars more effectively to get more roads out of them.”

The process to build a road is more complicated than one might think, beginning with dirt, which is typically already in place, followed by a stone layer, then either asphalt or concrete. Anderson said although this is a “tried and true” method everywhere in the world, geosynthetics have come on the market in the last few years, which saves money on materials and transportation costs.

“For example, instead of putting 24 inches of stone, you can put 14 inches of stone, so there’s the green aspect of not having to transport that stone from one location to another, as well as the fact you’re building a more efficient road,” Anderson said.

Taxpayers can break this down to using less trucks to haul materials, which uses less gas and subsequently means less CO2 emissions in the air.

TenCate has recently come out with Mirafi, which is a fourth generation geosyntehtic product designed by engineers. Geosynthetics are essentially strong pieces of plastic that keep good soil and bad soil from mixing, according to Anderson.

Mirafi was used during the construction of LaGuardia International Airport, Pennsylvania Avenue in front of the U.S. Capitol and Dalton Highway in Alaska, of “Ice Road Trukers” fame.

Anderson said Montana State University allowed 10-12 manufacturers to submit various geosynthetics, which were then tested in a “real world” application.

“We learned two things: by incorporating a piece of plastic, you built a better road. Roads performed better in every case,” Anderson said. “Out of those products, our products performed the best.”

New York, Texas, Montana, Oklahoma, Oregon, South Dakota, Idaho, Wyoming and Ohio all participated in the survey, finding that Mirafi required nearly 27 percent less base course material (gravel) than unreinforced test section, and also that Mirafi allowed for 10 times the amount of traffic by a fully loaded, three-axle dump truck when compared to a test section that was not reinforced with geosynthetics.

Anderson explained that over time, water filters through the dirt layer of a road, which moves into the stone layer carrying dirt, which later turns into mud. This is what causes potholes, because the roads can no longer support the surface so the surface fails.

“With the geosyntetics, dirt can’t move back and forth, which keeps the structural layer in tact which is what holds up the surface,” Anderson said. “Tests show that roads built with geosyntetics can last somewhere between two and 10 times longer than roads built without them.”

Although there are already some Alabama roads built with geosyntetics, TenCate is working with the Alabama Department of Transportation to put in test sections of Mirafi, to let the product perform and let it speak for itself. Additionally the product has the ability to save ALDOT millions of dollars.

“In Georgia we modified some of their roads with our product and were able to save three percent,” Anderson said. “That doesn’t seem like much, but on one lane of a road that saves $1 million a mile, every mile, so that number multiplies quickly.”

The process to incorporate this specific product into Alabama roads begins in meetings with ALDOT, then working with an engineering group on how the products can be demonstrated.

“We’ll introduce the idea of designing with a geosynthetic, and they’ll be rightly cautious,” Anderson said. “They want to make sure they’re spending the state’s money wisely. Although Alabama uses geosyntetics, this one is newer so we believe they’ll embrace that.”

In 2013, the ASCE released its report card for America’s infrastructure, giving America’s roadways a “D” grade. Anderson said the bottom line is motivation that leads to innovation.

“Not many people sit around thinking of new ways to build roads, but that’s where so much of the public’s money goes,” Anderson said.